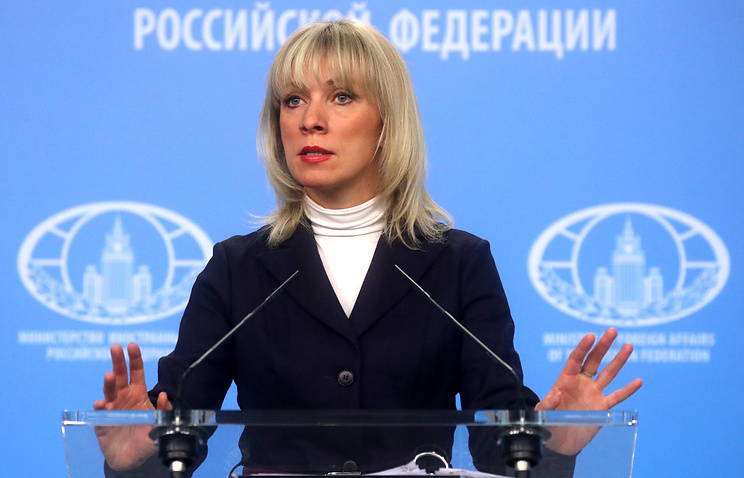 MOSCOW, January 12. /TASS/. Journalists of great Britain received direct instruction on creating negative stories before the world Cup in Russia, which will be held from 14 June to 15 July 2018. This was stated on Friday at a briefing the official representative of Russian foreign Ministry Maria Zakharova.

“Now we know that the journalists of the United Kingdom, and it is not one media, and a number received in the truest sense of the state to launch a media company to create the negative background to the world Championship on football in Russia,” she said.

Zakharova noted that journalists were not invited to focus on finding subjects, “subjects, topics and approaches was also researched”. “Developed the thesis that was proposed by the UK media to use in their materials,” she said.

“Of these theses and stories I can Express such: that the absence in Russia of the necessary infrastructure and conditions for the championship, the aggressiveness of Russian fans, the incompetence of local law enforcement, the inability to guarantee the security of foreign tourists. The whole story will be actively played on the eve of world Champion in Russia in the Western media”, – said the official representative of the foreign Ministry.

The world championship will be held from June 14 to July 15. The matches will take Moscow, Kaliningrad, St. Petersburg, Volgograd, Kazan, Nizhny Novgorod, Samara, Saransk, Rostov-on-don, Sochi and Yekaterinburg. In Sochi will play the team of Portugal and Spain (group B, June 15), Belgium and Panama (group G, June 18), Germany and Sweden (group F, 23 June), Australia and Peru (group C, June 26). In Sochi, Gelendzhik, Anapa and Krasnodar, the training base for the national teams participating in the championship.