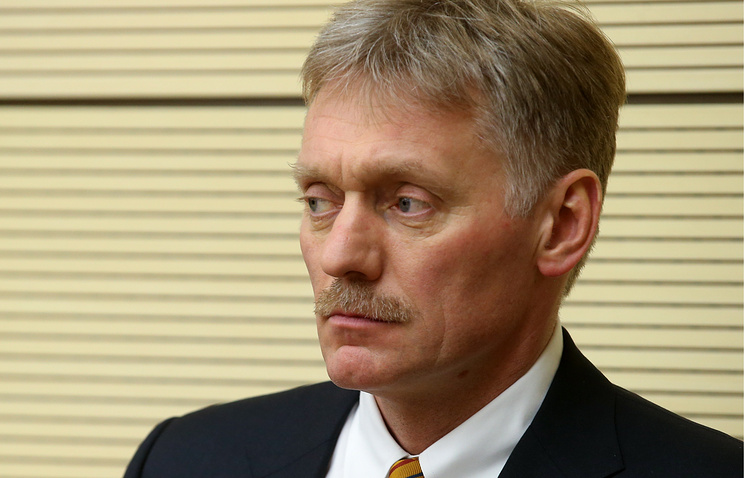 MOSCOW, January 12. /TASS/. Offer to return the Ukrainian military equipment from Crimea is a gesture of goodwill and a manifestation of the attitude of the Russian side to resolve the Ukraine. This was stated to journalists the press Secretary of the President Dmitry Peskov.

He recalled that Russian leader Vladimir Putin has repeatedly stressed “Russia’s interest in our relations [with Ukraine] from the peak, which they entered and from the hostile and deplorable state in which they are located”. In addition, the Russian President said that Russia more than other countries interested in the implementation of the Minsk agreements, Putin is also “a supporter of the continuation and completion of the process of exchange of detained persons [between Kiev and proclaimed republics of Donbass],” he listed Sands.

“It [the proposal to return the Ukrainian equipment from Crimea] – another gesture of good will, the political motivation to still get the process of Ukrainian settlement from the dead point”, – said Peskov. Press Secretary of the President of the Russian Federation noted that before the outbreak of hostilities in the Donbass military equipment of Ukraine was returned to her from the Crimea, however, with the beginning of the bloodshed in the East of the country the process was stopped.

Thursday, January 11, Russian President Vladimir Putin said that Russia is ready to return from Crimea to Ukraine of its military equipment, although it is in poor condition. The President also noted that Russia is not opposed to Ukrainian military was present during the disposal of ammunition in the Crimea.