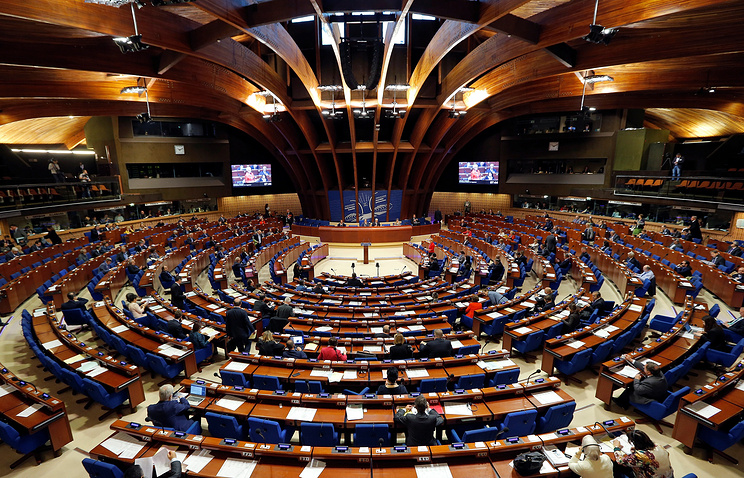 MOSCOW, January 12. /TASS/. Russia is likely to extend to 2018 the moratorium on the payment of contribution to the budget of the Council of Europe. TASS said Friday diplomatic source.

“Now, all the decisions in force and, obviously, the position on the contribution of the Russian Federation will remain the same in 2018. Payments will not resume until the Russian delegation will not return to the Parliamentary Assembly of the Council of Europe [PACE],” – said the Agency interlocutor.

However, he pointed out that the differences between Moscow and Strasbourg for six months from the date of announcement of the suspension of payment of contribution has not been overcome. “A necessary condition on the amendments to the regulations of the Assembly, abolishing regulations on deprivation of the votes of national delegations and were not adopted. And, as it became known, the Russian Federation again refused to submit an application for the confirmation of powers in PACE for 2018,” – said the source.

However, he assured that in case of resolving the crisis with the PACE Russia is ready to consider the question of the return of payments payment in full.

On June 30, Russian foreign Minister Sergei Lavrov in a telephone conversation informed the Secretary General of the Council of Europe (COE) thorbjørn Jagland about Russia’s decision to suspend the payment of contribution to the budget of the CE in 2017 “until the unconditional restoration of full powers of delegation of the Federal Assembly of the Russian Federation in PACE”. At the same time Moscow insists on changing the rules of the Assembly and the exclusion of “sanctions” articles.

Russia is a member of the Council of Europe since 1996 and is one of six major contributors. In 2017, the contribution has amounted to just over €33 million with a total budget of CE in €454,6 million in Total, the organization includes 47 States.