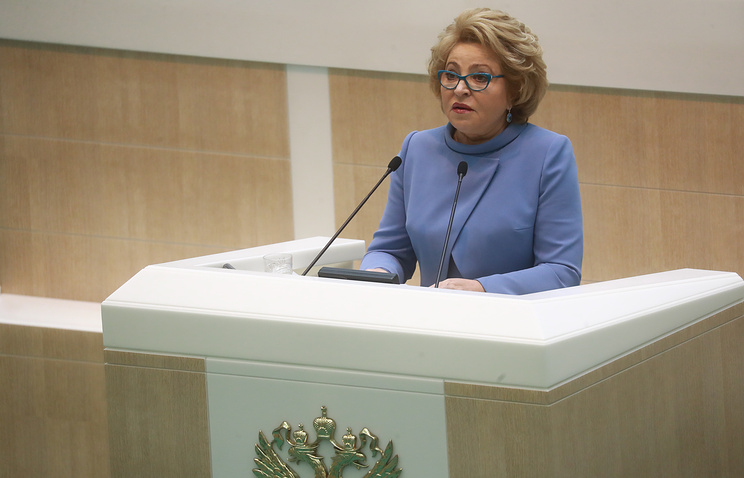 MOSCOW, January 17. /TASS/. The speaker of Council of Federation Valentina Matvienko urged to avoid provocations and violations during Russia started in the election campaign of the President of the Russian Federation. She stated this on Wednesday at the opening of the spring session of the upper house of Parliament.

According to her, this session will be held in special circumstances, including the upcoming March 18 election of the President.

In this regard, Matviyenko noted that “the pre-election period should be a time of widespread dialogue, generate new ideas and identify targets for the development of the state and society”.

“Our responsibility as legislators, representatives of subjects of Federation to make every effort to ensure that as many citizens came to the presidential elections to strengthen civil unity, were held in strict accordance with the law on an open competitive basis. It is impossible to prevent violations and provocations”, – said Matvienko.

According to her, in recent years have been made important steps towards improving the electoral system.

“We, the Federation Council, like other structures, will invite as observers to the elections of foreign parliamentarians on our bilateral relations and inter – parliamentary organizations”, – said Matvienko.

She stressed that it is important to prevent any attempt of external interference in the election process. Speaker of the Federation Council appealed to the members of the interim Committee of the chamber to protect state sovereignty and prevent interference in the internal Affairs of the Russian Federation with the request “to closely monitor the situation”.