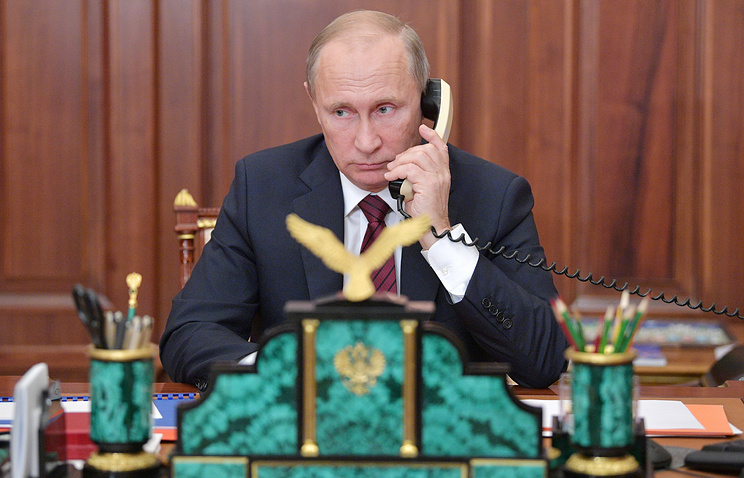 MOSCOW, January 15. /TASS/. The President of Russia Vladimir Putin and Prime Minister of Italy Paolo Gentiloni discussed by telephone the situation in Ukraine and Libya, said the press service of the Kremlin.

“The two leaders exchanged views on topical international problems, including with consideration of the Italian presidency of the OSCE this year, – said the press service. – Also paid attention to the settlement of the situation in Libya and the Ukrainian domestic crisis.”

“Discussed the issues of further development of mutually beneficial cooperation in trade-economic and energy spheres,” – said in the Kremlin. The interlocutors expressed satisfaction with the successful opening on 14 January, the festival “Russian seasons” in Italy. It was noted that the project planned to spend more than 250 cultural events that “undoubtedly, will contribute to expansion of friendly ties between the peoples of Russia and Italy”.

Earlier it was reported that the Minister of foreign Affairs of Italy Angelino Alfano to visit Ukraine and Russia on 30 January – 1 February 2018.