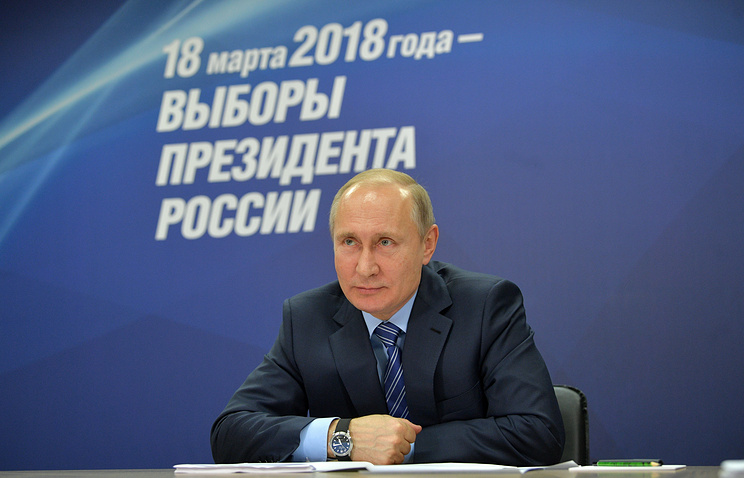 MOSCOW, January 17. /TASS/. Pensioners ‘ party of Russia, Party of free citizens and of the party “Civil force”, “City of Russia” and “For justice” has announced the support of Vladimir Putin in the presidential elections of the Russian Federation.

“Today’s topic brought us together. Decided today to Express our common position in support of the candidate in presidents of the Russian Federation in the elections on March 18 Vladimir Putin,” – said during a press conference in Moscow the Chairman of the party of pensioners of Russia Nikolai Chebotaryov. On behalf of his party, he explained the support for Putin and his achievements in the country’s return to life. “Taking the country in a very difficult, sick condition, he resuscitated, put on his feet and made one of the global players on the world stage,” said the party leader.

“Vladimir Vladimirovich Putin – the man who gathered the pieces, ensured its dynamic development, returned the Crimea to the Russian Federation. It was under Vladimir Putin Russia has risen from its knees,” said the party leader “Civil force” Cyril Beganin. “The gross domestic product of Russia increased 12 times over the 16 years, the increased budget of Russia 22 times, military expenditures – in 30 times”, – he said.

The leader of the party “Cities of Russia” Vladislav Kovalenko pointed to the fact that under Putin, began to develop small and medium-sized city. “We see that in cities, small including changes rekonstruiruet parks, build new pedestrian and public space. Therefore, we would like to see this work continued”, – said Kovalenko, noting that to continue this activity can only Putin. The Chairman of the party “For justice” Vladimir Ponomarenko expressed confidence that the incumbent President “concurs with the notion of justice,” and stressed that Putin is the closest of the party as a presidential candidate.

The Chairman of the party of free citizens Alexander Zorin promised to create in the near future a common site block non-parliamentary parties that supported Putin. “We will open a special site of block parties [participating in the press conference], which will place the position of each of the written history of each party,” he added.

Zorin also announced the intention to fight calls to boycott the presidential election. “The opposition forces, their supporters, who are financed from abroad by the intelligence services, urge people to boycott these elections and to strike at the legitimacy of the election by lowering turnout. From our side we are negotiating with sponsors, we want to create a special Fund, and to declare the bounty on hand individuals that will prevent the elections,” said Zorin, explaining that the relevant information activists will be given to the police.