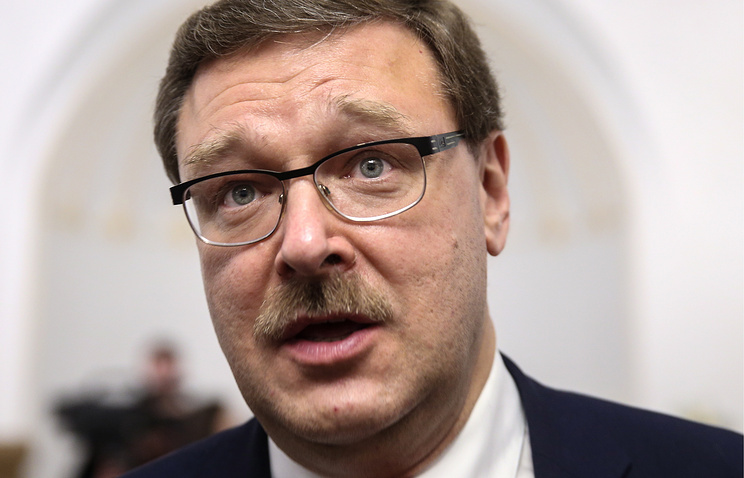 MOSCOW, January 18. /TASS/. The law on the reintegration of Donbass adopted by the Verkhovna Rada of Ukraine puts an end to the Minsk agreements, the participants in the settlement process – Germany and France – need to assess this “antimensia” act. Such opinion on Thursday was expressed by the head of the Federation Council Committee on international Affairs Konstantin Kosachev.

“The Verkhovna Rada of Ukraine the adoption of the notorious law on the reintegration of Donbass, in fact, put an end to the Minsk agreements (the mention of which, by the way, the last reading is deliberately excluded from the text of the law),” Kosachev wrote in Facebook.

“I think Germany and France as members of the Minsk process should give a proper assessment “antimensia” act of Ukraine, which fundamentally reverses the situation in the Ukrainian settlement,” the Senator said.

He believes it is necessary to take into account the fact that European and us sanctions that is tied to the implementation of the Minsk agreements, “was posted today by the Ukrainian Parliament in the junk.”

“As expected, Kiev from earlier sabotage of Minsk passed to his funeral. He, among other extremely negative consequences, seriously “framed” their patrons in the West who have now, in fact, a very difficult choice: between war which will inevitably lead to further concealment of the current Ukraine, and the world, which will require honest assessments and responsible behaviour in the future,” Kosachev wrote.

The Verkhovna Rada on January 18 adopted by the President of Ukraine Petro Poroshenko, the draft law “On peculiarities of state policy on ensuring state sovereignty of Ukraine on the temporarily occupied territories in the Donetsk and Lugansk regions” (the reintegration of Donbass).

This document uncontrolled Kiev areas are referred to as “temporarily occupied territories”, Russia’s actions qualify as “aggression against Ukraine” and the President shall have the right to use the armed forces in the country without the consent of Parliament, including the liberation of territories in the East.

This is the joint operations staff of the Armed forces of Ukraine for control over all security forces and civil-military administrations in the conflict zone. In addition, the text of the document after amendments removed all mention of the Minsk agreements.