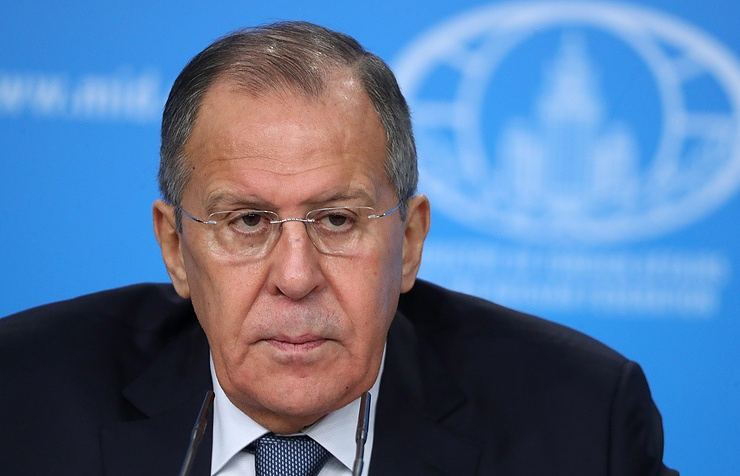 MOSCOW, January 21. /TASS/. Russia has its own “red lines” policy, and the West should respect them. This was stated by Minister of foreign Affairs of Russia Sergey Lavrov in interview to the newspaper “Kommersant”, posted by Sunday evening on the newspaper’s website.

“Assuming that we can be no interests in the region, the Euro-Atlantic area, then Yes, the border of the Russian Federation – the “red line”, – said Lavrov. – The fact that we have legitimate interests, there are Russians who suddenly found themselves abroad, when the USSR collapsed, we have cultural, historical, close personal and family ties with our neighbours”.

Russia, he stressed, has the right to defend the interests of his countrymen, especially when they are persecuted in many countries where their rights are oppressed, as happened in Ukraine.

According to the Minister, the same red line was and the events of August 2008 when Georgia attacked South Ossetia and Russian peacekeepers.

“Russia has interests and that’s what people need to remember. Russia has “red lines”, – said Lavrov. – I believe that serious politicians in Europe realize that these red lines must be respected, as they were respected during the cold war.”