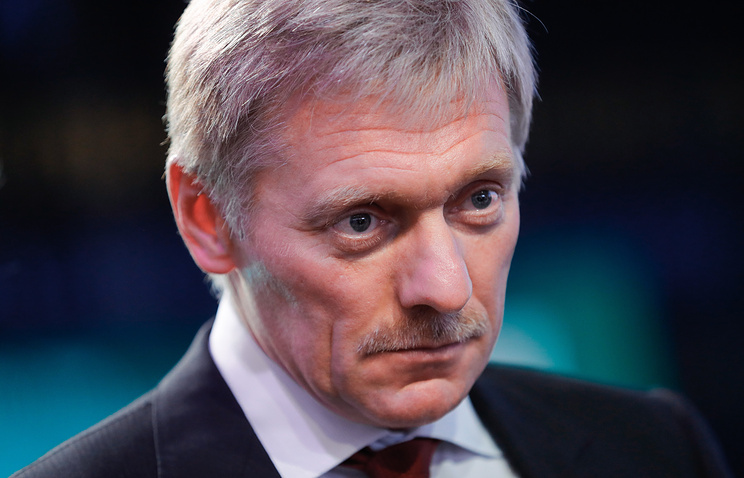 MOSCOW, January 23. /TASS/. The proposal of the President of Russia Vladimir Putin to Ukraine on the return of military equipment from the Crimea requires no additional formal complaints from Russia, said the press Secretary of the President Dmitry Peskov. Thus he commented on the words of foreign Minister of Ukraine Pavel klimkina about the fact that Kyiv has not received any official request from Russia about this. The Minister also said Moscow’s proposal “a gimmick”.

“Of course, can be official documents, mostly diplomatic notes, different kinds of messages, but in General the official statement of the head of state it’s hard not to be considered as a formal offer or a formal initiative, – said Peskov. – I do not know whether any papers sent through diplomatic channels, but I repeat: even if they were not sent, then, by and large, this is not necessary because it was announced the official statement of the President of Russia”.

He also urged not to interpret the words of foreign Minister of Ukraine, “still, Kyiv needs to say Yes or no.”

On the eve Minister of foreign Affairs of Ukraine Pavlo Klimkin made clear that Kiev would not withdraw its military equipment from the Crimea in response to Moscow’s proposal. In particular, he said that Kiev has with Moscow, “there is no dialogue on issues that affect the status of Crimea” Ukraine “will not make any things that can weaken its legal or political position”. In addition, the Minister indicated that Kiev has not received any official request from Russia, called Moscow’s proposal “a gimmick”.

Earlier the President of Russia Vladimir Putin said that Russia is ready to return from Crimea to Ukraine of its military equipment, although it is in poor condition. Later commander of the Ukrainian Navy Igor Voronchenko said that this issue requires “very careful study”. In turn, the Ukrainian foreign Ministry said that working on this issue. Later, Prime Minister of the country Vladimir Groysman gave to understand that Kiev is not ready to accept the return of Ukrainian military equipment from Crimea, as Moscow.