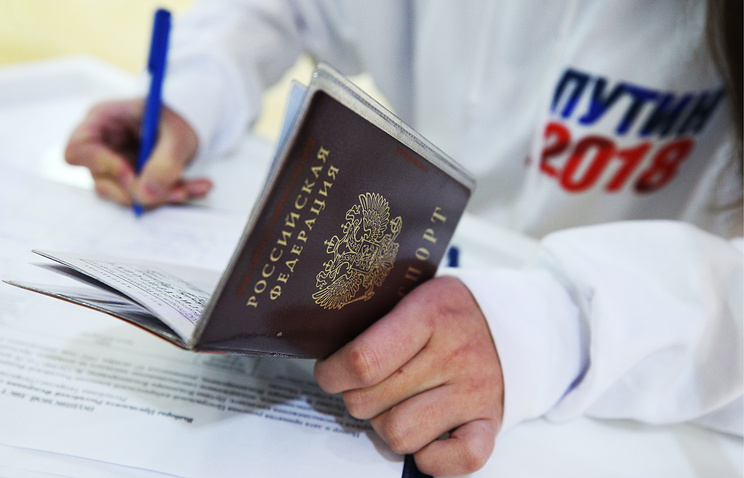 MOSCOW, January 22. /TASS/. More than 1.6 million signatures collected in support of nomination for the presidential election in Russia is the current head of state Vladimir Putin, who is running as self-nominated candidates, stopped collecting signatures since January 22. This was reported on Monday on the official website of the electoral headquarters of the candidate.

“Campaign headquarters, Putin summed up the results of the campaign on collection of signatures”, – stated in the message.

The headquarters reminded that the January 22, “the whole point of collecting signatures [in support of nomination of Putin] has finished its work and from the regions received summary data”. According to these data, “in favor of the nomination of Vladimir Putin has collected more than 1 600 000 signatures.” In absolute terms, specified in the headquarters, “in favor of Putin’s self-collected 611 1 123 signature”.

In the release, the staff noted that the campaign to collect signatures in support of Putin was launched on 5 January, “all over the country were organized about 600 points” collecting autographs of citizens.

According to the law for the registration of the candidate in the Central election Commission should submit not less than 300 thousand signatures. “Thus, over the past two and a half weeks Putin’s supporters managed to gather 5 times more signatures than necessary for the registration with the CEC”, – stated in the headquarters.

Putin is running for his fourth presidential elections as an independent candidate. For registration it is necessary to collect 300 thousand signatures and submit them to the CEC before 18:00 on January 31.

As reported TASS, the Secretary of the CEC, Maya Grishina, a candidate participating in the elections in the self-nomination may submit to the Central election Commission not less than 300 thousand and not more than 315 thousand signatures of voters. Each candidate, the CEC will check for 60 thousand signatures.

In Putin’s staff repeatedly explained that the collection of signatures in his support was continued and after obtaining the necessary for delivery to the CEC of the number of autographs to give Russians the opportunity to Express their attitude to the candidate.

January 19, the co-Chairman of the electoral headquarters of the candidate Sergey Kogogin has informed that the decision to stop collecting signatures on January 22.

According to him, the campaign to collect autographs “was organized, efficiently”. Kogoghin thanked the volunteers who participated in gathering signatures. “In addition to volunteers staff the election staff, assistance in the collection of signatures were provided by the representatives of public organization “Volunteers of the Victory”, – reminded in the headquarters.

Presidential elections will be held on 18 March 2018. According to the results of the nomination in the election campaign to date, attended by 17 candidates, two independent candidates and 15 party agents.