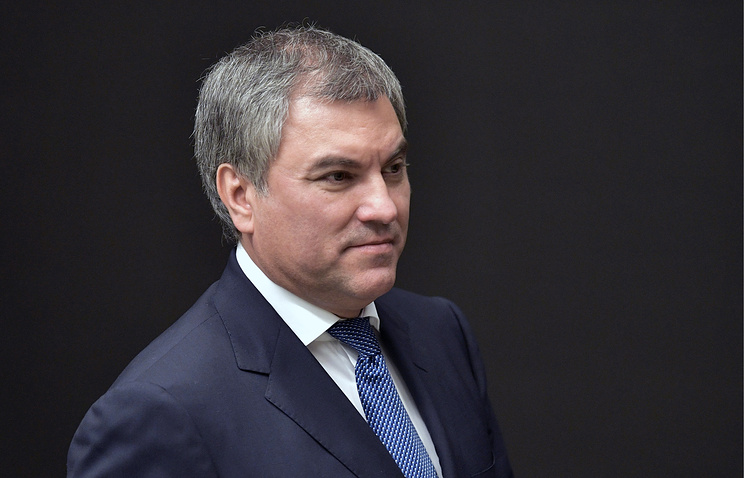 MOSCOW, January 23. /TASS/. Chairman of the state Duma Vyacheslav Volodin looked forward to constructive dialogue with the new speaker of the parliamentary Assembly of the Council of Europe (PACE), Michele Nicoletti, who was elected at the opening of the January session of the organization on Monday.

“We count on open, honest and constructive dialogue. Based on mutual respect for our interests, we will be able to change much for the better”, – stated in the text of the message to the address of Nicoletti, published Tuesday on the official website of the state Duma.

The Russian delegation in PACE in April 2014 was deprived of powers due to the events in Ukraine and the reunification of the Crimea with Russia. In 2015, the PACE has twice considered the issue of restoration of rights of the Russian delegation, but then the sanctions remained in force. In response, the delegation of the Russian Federation stated that it refuses to work in PACE under such conditions, and in 2016-2017 did not request confirmation of their authority because of the continued Russophobic sentiments in Strasbourg.

At the end of June 2017, it became known that Russia suspends the payment of its contribution to the Council of Europe. At the same time Moscow proposed to amend the regulations of the Assembly of the provisions that nobody has the right to deprive the authority of any national delegation.

11 January, the head of the Duma Committee on international Affairs Leonid Slutsky said that Russia will not send a request for confirmation of powers of the Russian delegation to PACE in 2018 and will not attend the January session. However, on a working trip to Strasbourg during the PACE session this time went Vice-speaker of the state Duma Pyotr Tolstoy and the head of the Federation Council Committee on international Affairs Konstantin Kosachev. On January 23 they should take part in the meeting of the special Commission on the harmonization of Council of Europe bodies.