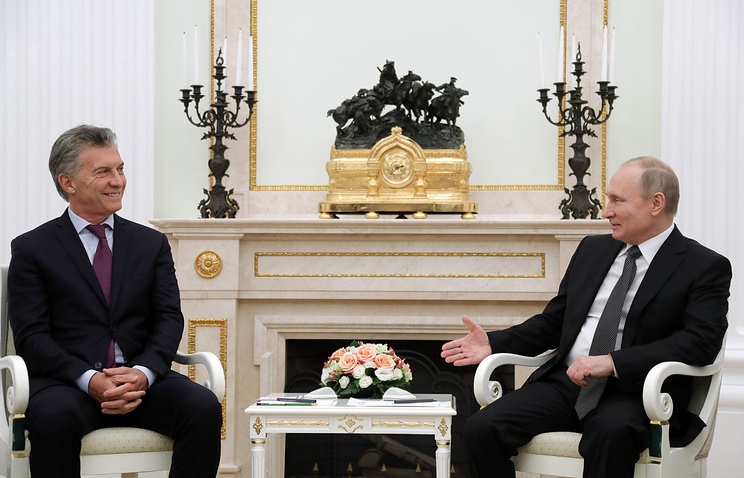 MOSCOW, January 23. /TASS/. The President of Russia Vladimir Putin has accepted the invitation of the Argentine leader Mauricio Macri to visit Argentina on an official visit. “The President of the Argentine Republic, Makri, invited the President of the Russian Federation to visit the Republic of Argentina on an official visit at a convenient time will be agreed through diplomatic channels, – said in a joint statement the two leaders signed following the talks in Moscow. The invitation was accepted with gratitude”.

Earlier during the talks, Putin invited him to the world Cup, which will be held in Russia this year. “Happy to see you, Mr President, and all the fans from your country [in the championship],” he said, opening the talks with his counterparts in small groups.

As noted in the statement following the meeting, the leaders of Argentina is ready to assist in a successful and safe carrying out of the world Cup in Russia, “based on the fact that this is one of the most important sporting events, which not only is a sports competition, but also contributes to the development of common values and friendly relations among peoples, United by their love of the sport”. Russian President stressed the importance of coming to Russia for the world championship thousands of Argentines, which will further expand mutual exchanges, deepen knowledge of each other.