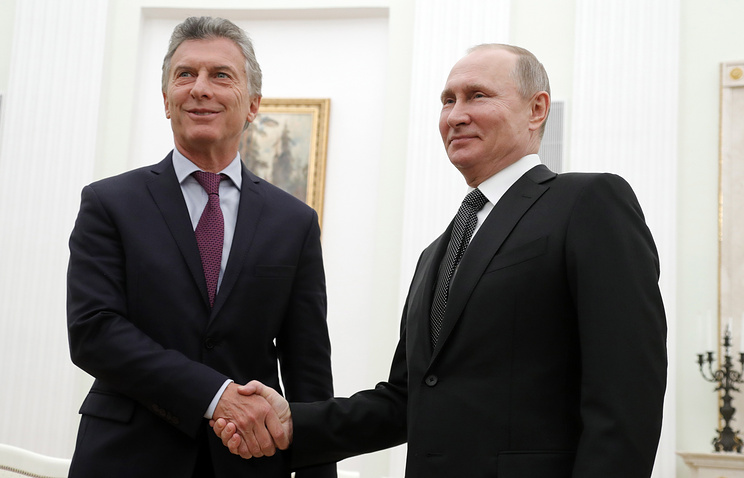 This is stated in a joint statement after talks in the Kremlin presidents of Russia and Argentina Vladimir Putin and Mauricio Macri.

Heads of state, in particular, agreed to continue cooperation in multilateral forums on disarmament and non-proliferation of weapons of mass destruction, to strengthen international security and stability. “Russia and Argentina have confirmed the validity of the Treaty on the nonproliferation of nuclear weapons as the cornerstone of non-proliferation of nuclear weapons. They will resume their efforts and will work together to strengthen, universalization and strict implementation of the Treaty at the Review conference, which is scheduled for 2020”, – the document says.

Both States also stressed the importance of strict implementation of the Treaty on the prohibition of nuclear weapons in Latin America and the Caribbean.

In addition, Moscow and Buenos Aires agreed to “consider possibilities for cooperation in the peaceful uses of nuclear energy” in areas such as nuclear electric power plants, training of specialists, application of nuclear and radiation technologies in industry and medicine, etc. Russia and Argentina also reaffirmed support for the activities of the IAEA.