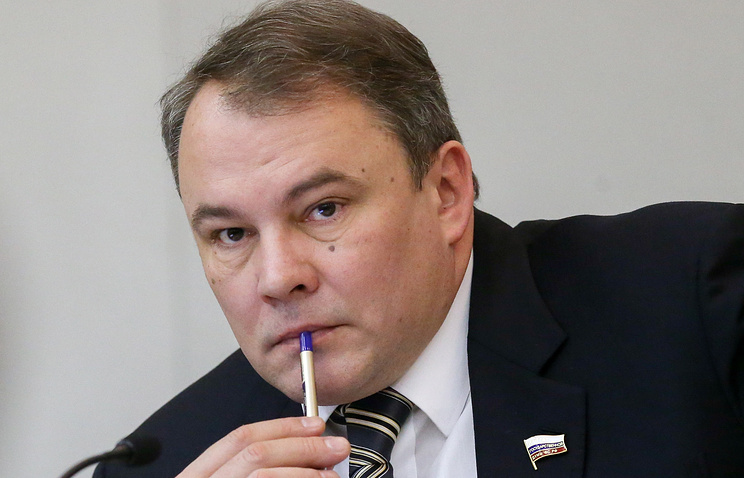 STRASBOURG, 23 January. /TASS/. Resolution of the parliamentary Assembly of the Council of Europe (PACE), relating to the Russian Crimea will not be executed never. This was declared on Tuesday to journalists the Vice-speaker of the state Duma Pyotr Tolstoy after the meeting of the special Commission on the harmonization of Council of Europe bodies.

“The fact that PACE resolutions in enough most part (at least, in regard to the Russian Crimea) will never be executed. It’s obvious,” – said Tolstoy.

According to Tolstoy, not all PACE participants are ready today to accept this point of view, however, many of the MPs agreed with the opinion of Russia. “While this attitude is not shared by all our colleagues, but I can confidently say that the majority in the Assembly understands this. And we are not going to put our colleagues in the Assembly in front of some choice. I believe that the Russian Federation will definitely be back to work in the parliamentary Assembly of the Council of Europe, but only after it changed the rules of this organization,” – said the politician.

At the end of June 2017, it became known that Russia suspends the payment of its contribution to the Council of Europe in connection with the participation of the Russian delegation in the PACE. At the same time Moscow is proposing to amend the regulations of the Assembly of the provisions that nobody has the right to deprive the authority of any national delegation.

11 January, the head of the Duma Committee on international Affairs Leonid Slutsky said that Russia will not send a request for confirmation of powers of the Russian delegation to PACE in 2018 and will not go “at the January session, either in whole or in truncated format”.

However, on a working trip to Strasbourg for the current session of PACE went Vice-speaker of the state Duma Pyotr Tolstoy and the head of the Federation Council Committee on international Affairs Konstantin Kosachev. On Tuesday, the Russian parliamentarians participated in the meeting of the ad hoc Commission on the harmonization of the Council of Europe, including those which were devoted to finding ways out of the crisis in relations between Russia and PACE. This Commission was established after consultation in the Presidential Committee of the PACE, with the participation of legislators of the Russian Federation in the end of last year. Then European colleagues have expressed interest in restoring dialogue with Russia and the resolution of issues that hinder the work of the Russian delegation in the parliamentary Assembly.