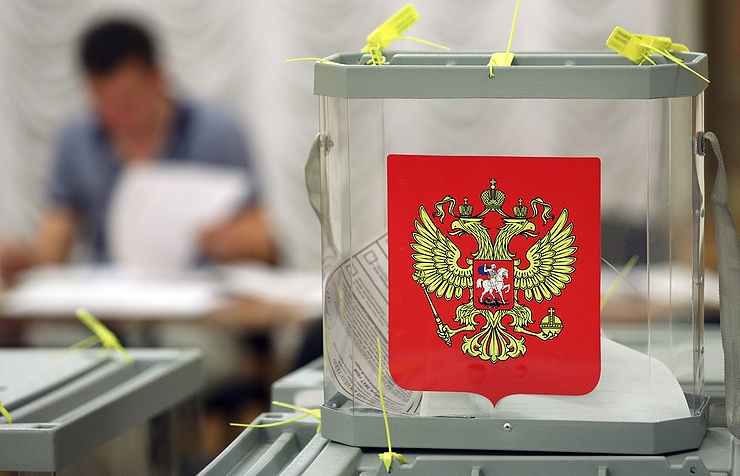 MOSCOW, January 24. /TASS/. Broadcast media-registered as foreign agents may be temporarily blocked in Russia due to the fact that they distribute the calls to boycott the presidential election. About this newspaper “Izvestia” with reference to the Chairman of the Federation Council Commission for the protection of the sovereignty and prevent interference in the internal Affairs Andrey Klimov.

“The American media has called for a boycott of the presidential elections. It is a violation of the Constitution. Open call for boycott of national elections – a violation that can trigger a ban. Accordingly, our side there are all legal grounds to retaliate,” said Klimov.

The Senator believes that retaliatory measures against working in Russia foreign media, who continue to work against the political stability in the country, have to repeat the measures taken abroad against Russian media.

According to him, activities of some media-registered as foreign agents is the actual manipulation of public opinion in Russia, including the manipulation of the behavior of the electorate.

The Russian presidential election will be held on 18 March.

The law on mass media-registered as a foreign agent

At the end of 2017 in Russia was adopted the law on mass media acting as foreign agents. It allows you to recognize the media by noagenda if it receives funding from abroad. To the development and Supplement of this law, the state Duma, on 12 January 2018 and adopted in the first reading the bill which obliges the mass media acting as foreign agents to work in Russia to establish a Russian legal entity, and allows to recognize the media-noagenda individual. It was a response to the request of the US Department of justice, to RT America – the American branch of the Russian broadcaster to register as inherent in the United States.

5 December 2017 it became known that the Ministry of justice of the Russian Federation recognized registered as a foreign agent of the nine media. This “Voice of America, Radio Free Europe/Radio Liberty” (RFE/RL), the channel “Real time”, the Tatar-Bashkir service of “Radio Liberty” (Azatliq Orthodox radio of St. Petersburg), “Siberia. Realities”, “Idel. Realities”, “Pictograph”, “The Caucasus. Realities”, “The Crimea. Realities”.