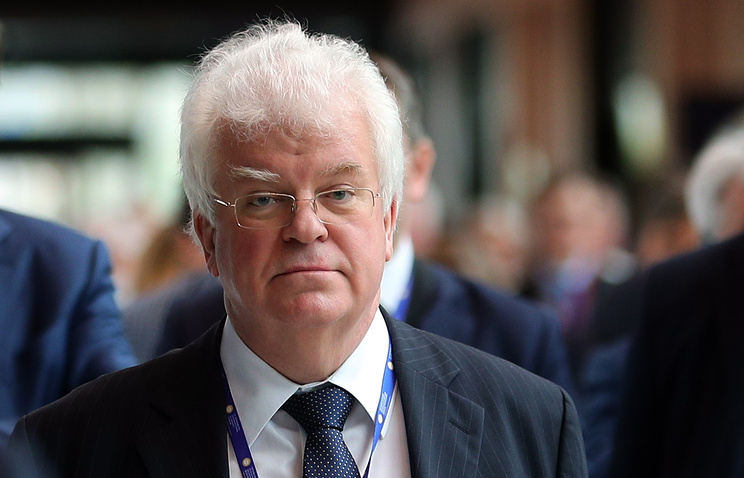 BRUSSELS, 24 Jan. /TASS./ Statements by the President of the United States Donald trump on Iran’s nuclear program is to blackmail the European Union. This was stated Wednesday in the interview with TASS, Russia’s permanent representative to the EU Vladimir Chizhov on the sidelines of the remembrance Day of the Holocaust in the European Parliament organized by the European Jewish Congress.

“The last trump statements can only be regarded as blackmail against the European participants in the transaction,” said Chizhov. He also noted that “there are visible signs that the European members of the six (Russia, Britain, China, United States, Germany and France) have changed their position.” “They actively consult between themselves and with the Iranians, there was the Iranian Minister of foreign Affairs,” he added.

The diplomat stressed that Moscow sees no grounds to change the Joint comprehensive plan of action (SVPD) on the Iranian nuclear program. “Authority, which must certify to the NPT, the IAEA, – he reminded. They have repeatedly stated that Iran strictly adheres to the terms of the transaction”. The envoy also pointed out that Russia is now engaged in a dialogue with all parties to the Treaty.

Last week, trump said that his country would cease participation in the AGREEMENT, if it is not amended. He recalled that further extended the lifting of sanctions against Iran, however, according to him, this was done “merely to conclude an agreement with European allies in order to correct the horrible deficiencies of the Iranian nuclear deal.”