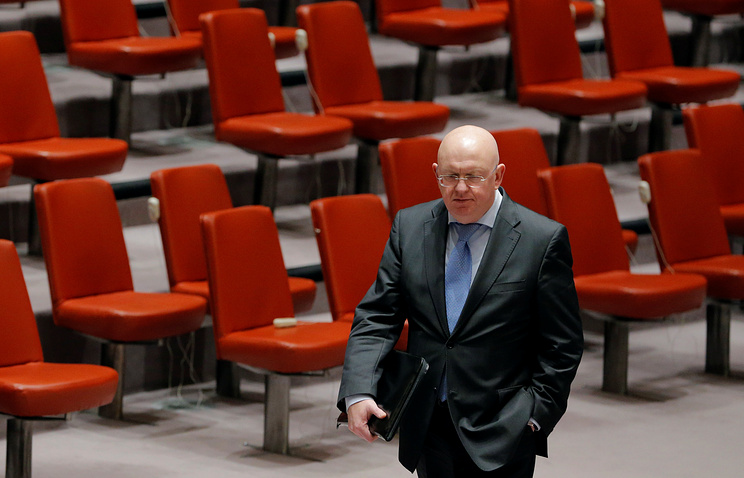 UN, January 25. /TASS./ Syria managed to maintain as a sovereign state and close to begin a peaceful settlement of the conflict under UN auspices. This was stated on Thursday, Russia’s permanent representative to the UN, Vasily Nebenzia at the meeting of the Security Council.

“In Syria by the decisive role of Air and space forces of Russia the country has been cleared by government forces from militants of the terrorist group ISIS (“Islamic state” banned in Russia – approx. TASS.) Managed to keep Syria as a sovereign state, to create conditions for the return of refugees and internally displaced persons, close to begin a political settlement of the crisis under the auspices of the UN,” he said.

According to him, the conflict settlement will contribute to the Congress of the Syrian national dialogue in Sochi on 29-30 January. As reported nebesa, Moscow hopes that the forum “will give a new impetus to the Geneva process”. He expressed the hope that after the meeting in Sochi in the framework of the Geneva format was “the agreements reached on constitutional reform and elections under the auspices of the UN.”

The Russian Ambassador also touched upon the situation in Iraq, the release of which is “a turning point”. According to him, now the Iraqis have the opportunity to “focus on the process of national reconciliation and reconstruction of war-damaged ISIS infrastructure”. “We hope for the decision of problems and improvement of relations between Baghdad and Erbil, so that the political situation was stable and developed Iraq as a sovereign, territorial integrity of the state”, – the diplomat said.

Speaking about the situation in Libya, he drew attention to the “encouraging the moment to expect that bukawai still in the process of political settlement will finally move from the dead point”. Meanwhile, the situation in Yemen “remains concerned” Russia, said the sebenza. According to him, the economy is “virtually paralyzed”, most of the infrastructure destroyed and the population “living in conditions of famine and mass epidemics”.

The Russian Ambassador welcomed the humanitarian efforts of the UN and individual countries, including Saudi Arabia, the United Arab Emirates and other countries. The diplomat said that Russia is also providing humanitarian assistance to the people of Yemen, but warned that “without the resumption of the political process, the situation is not corrected”.