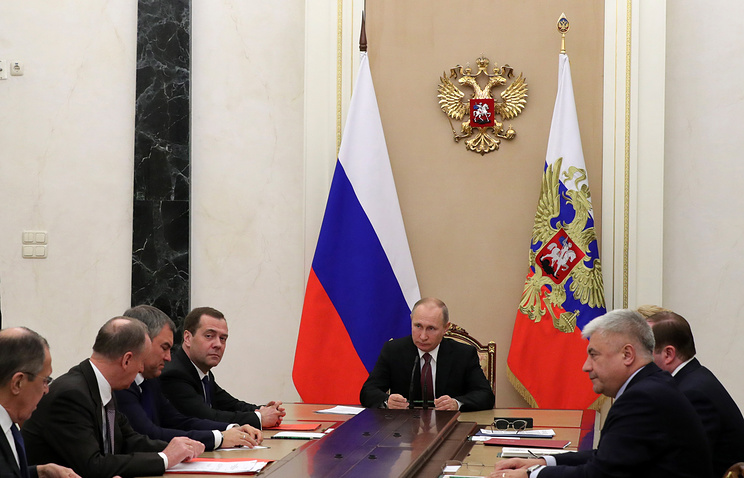 MOSCOW, January 26. /TASS./ Russian President Vladimir Putin discussed with the permanent members of the security Council of Russia preparations for the Congress of national dialogue Syria in Sochi, the situation around Afrin, as well as other issues. This was reported on Friday the press-Secretary of the head of state, Dmitry Peskov.

“The meeting discussed the final stage of preparation for Congress of netdialog in Sochi,” he said. “In addition, they talked about the situation in Afrin, and in this context, the President informed the meeting about the discussion of this topic a few days ago in a telephone conversation with President of Turkey Recep Tayyip Erdogan,” – said Peskov.