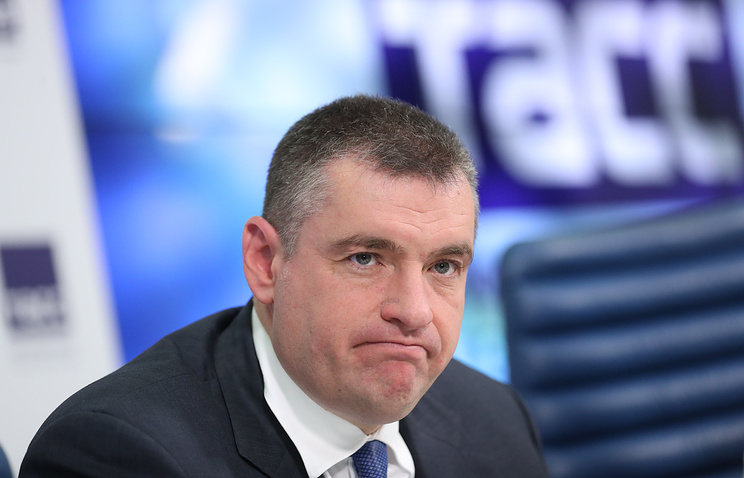 MOSCOW, January 26. /TASS./ The Chairman of the Duma Committee on international Affairs Leonid Slutsky called destructive step extension of the US Treasury sanctions on Russia and expressed confidence that they will not remain unanswered by Russia.

“New US sanctions and destructive step, aggravating the situation in Russian-American relations. Obviously, this is done for their own geopolitical interests, unfair competition and ensure advantages on the world market,” he told reporters on Friday.

According to Slutsky, “the arguments of the American side once again does not stand up to scrutiny”. “The U.S. Treasury says about the commitment of implementation of the Minsk agreements, while Russia is still not a party to domestic conflict. While reaction to the adoption by the Verkhovna Rada of the law on the reintegration of Donbass, which puts on most of those Minsk agreements cross, we do not see”, – said the head of the Committee. On the contrary, he added, “approved the multimillion-dollar tranches of military aid to the Kiev regime and the supply of lethal weapons to destroy the population of the South-East of Ukraine.”

“I am confident that this latest batch of sanctions will not remain unanswered from our side”, – has concluded Slutsky.

On Friday, the United States expanded the number of companies and individuals in Russia and other countries are subject to unilateral U.S. sanctions imposed at the time in connection with events in Ukraine. Under them fell, in particular, the 12 organizations that, according to Washington, are associated with “Surgutneftegaz” (the company is under U.S. sanctions and the European Union as of 2014), the company “Power machines”, as well as the structure of Rostec’s Technopromexport. In the sanctions lists of the USA also included the Deputy Minister of energy of the Russian Federation Andrey Tcherezov and the Director of the Department of operational control and management in power industry of the Ministry of energy Eugene Grabchak.

A new extension of restrictive measures, the United States affected, including those who were involved in the supply of gas turbines produced by German company Siemens for thermal power plants in the Crimea, is spoken in the comment of the press service of the U.S. Treasury. According to him, these actions are part of the continuing commitment of the U.S. Treasury Department the conservation of the sanctions pressure on Russia to fully implement the obligations under the Minsk agreements.