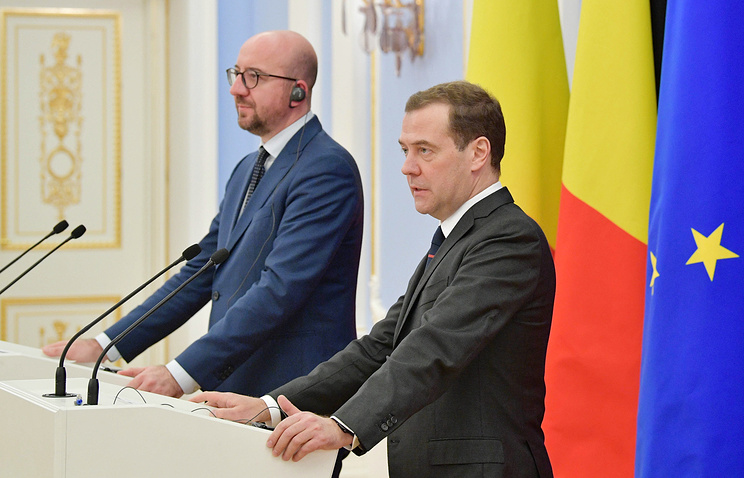 GORKI, January 30. /TASS./ The authorities of the Russian Federation will adequately respond to possible further sanctions, the US actions against Russia. This was stated by Prime Minister Dmitry Medvedev after talks with his Belgian counterpart Charles Michel.

“If we talk about other consequences, then, of course, all the power in our country – I mean the Executive, legislative and, of course, the President will monitor other forms of implementation of this law. If they succeed, then these actions will have a reaction. What? It will be adequate for what will happen,” – said Medvedev.

The Prime Minister added that “if we talk about the moral dimension, “the publication of such lists is poisoning our relationship.” “It is obvious that in our country there will be more people who will “love” America, and the US will strengthen anti-Russian sentiments. Both ultimately leads us away from constructive dialogue – and anti-American sentiments in the country, and anti-Russian sentiments in the United States. Such lists reinforce these trends”, he concluded.

However, Medvedev joked that he misses “the Kremlin list” of the USA for the Minister – a reason to quit. “I think this is a situation when the system is not in this list is a reason to quit. But we certainly will not do so. Obviously, this list is almost the entire team of existing authorities, existing in our country, and the list is supplemented by representatives of major Russian business, which cover essentially the entire Russian economy”, – said the Prime Minister.