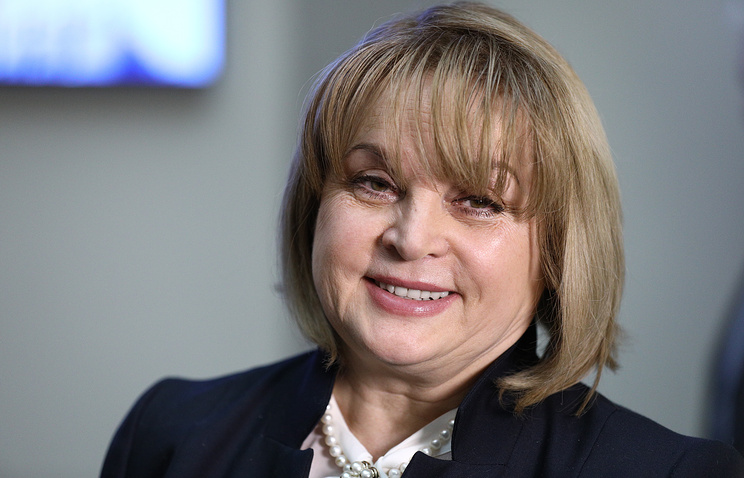 MOSCOW, February 6. /TASS./ Chairman of the Central election Commission (CEC) of the Russian Federation Ella Pamfilova considers unprecedented the successful completion of all the presidential candidates of the procedure for verifying voters ‘ signatures.

She stressed that never happened before such that all the candidates who have passed the signatures are successfully verified.

“On Thursday you will know who will be on the ballot in the elections of the President of Russia”, – said Pamfilova.

The CEC meeting, February 6, Putin registered as candidate, February 7 will be considered on the registration of Yavlinsky, Titov and Baburin, February 8 – Sobchak and Suraykin. The Russian presidential election will be held on 18 March.

Of the 16 candidates who collected signatures, handed over to the CEC, only six of them: incumbent President Vladimir Putin, who is involved in the campaign as the independent candidate, Grigory Yavlinsky (Yabloko), Boris Titov (Batch growth), Sergey Baburin (“Russian national Union”), Ksenia Sobchak “Civil initiative” and Maxim suraykin (“Communists of Russia”). They do not match the requirements of the law are recognized 0,39%, 1,07%, 4,35%, 3,18%, 1,33% and 3.72 per cent of the signatures, respectively when the allowable 5% of marriage. These indicators allow the CEC to register candidates.

In addition, another two candidates – Vladimir Zhirinovsky (LDPR) and Pavel Grudinin (KPRF) – are exempted from collecting signatures, as nominated by parliamentary parties, and registration. Thus, on the ballot in the presidential election may be eight candidates.