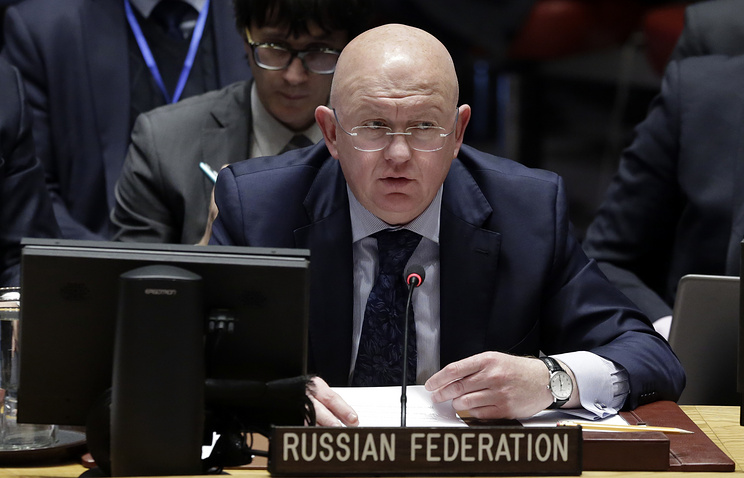 UN 8 Feb. /TASS./ Western countries did not allow the UN Security Council to adopt a statement condemning the shelling of the building of the Russian trade delegation in Damascus and the attack on the points of distribution of humanitarian aid. This was stated on Thursday, Russia’s permanent representative to the UN, Vasily Nebenzia.

“Yesterday we were not allowed to adopt a statement on the recent terrorist attack, which damaged our trade delegation in Damascus, and [on] prior to the attack on humanitarian mission,” the diplomat said. “We offered a standard text, but we were told that they are not ready to accept it. This is unfortunate. It happens all the time in the last time”, – said the permanent representative of the Russian Federation.

As reported, the Russian foreign Ministry, 6 February at approximately 16:00 local time (17:00 MSK) in the building of the trade representation of the Russian Federation in Damascus hit by mortar shell. The attack had caused casualties, but the building had “extensive damage,” said the foreign Ministry. The day before bombardment the distribution points of humanitarian aid, which “brought the Russian religious leaders – Christians and Muslims”, have informed in the Ministry.