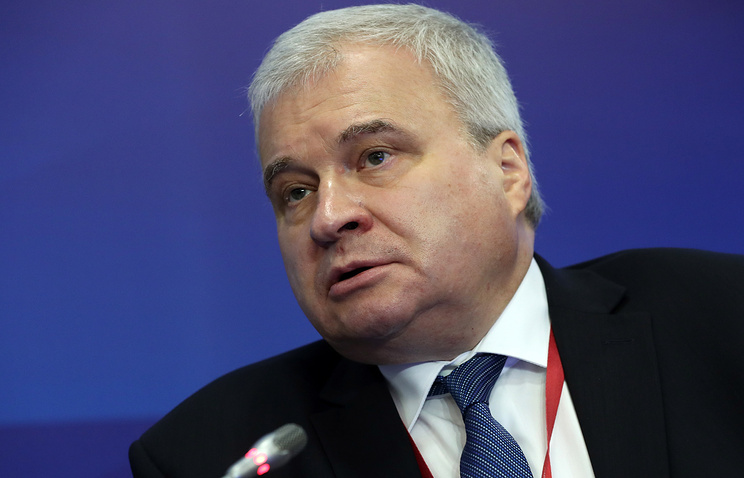 BEIJING, 9 Feb. /TASS./ China’s interest in the Arctic is natural, appropriate and understandable. This was stated on Friday, answering a question of the correspondent of TASS, Russian Ambassador to China Andrey Denisov. He met with Russian journalists on the eve of the Day of the diplomatic worker.

“China’s interest in the Arctic is quite natural, here is a working definition of the concept of their participation in the development of the Arctic, there are research institutes, there is a practical organization that this topic develop. Recently published “White paper” by China of its intentions [in the Arctic]. There is nothing that by and large could cause some concerns and concerns. Another thing is that all this should be built on the basis of agreements, coordination of interests, benefit each other”, – said Denisov.

The Ambassador also said that the presence in this region of China, like other non-Arctic countries should be based on respect of interests of all States bordering the Arctic ocean. “The Arctic is not only our Northern sea path, it’s the water North of Canada, is a Strait between the mainland and affinova the Ground. Before to start large-scale development, you need some way to regulate. To find some mutually acceptable agreements for both of these States, which, as we believe water and its not wish their rights to use and development of the violated,” he said.

Talking about the advantages of China in the development of the Arctic, the head of the Russian diplomatic mission noted that China has a broad financial possibilities for solving such problems. “The main advantage of China now is the possibility of allocating serious funding for any certain work,” he said.

The plans of China in the Arctic region

In late January, China’s state Council published a White paper on China’s policy in the Arctic. As noted in this document, China intends to work with other countries to create Maritime trade routes in the Arctic region in the framework of the “Arctic silk road”.

“Can be made constructive steps for the coordination of development strategies of the Arctic States to facilitate joint efforts to create marine economic corridor between China and Europe via the Arctic ocean”, – reads the statement of the Chinese government. “Chinese enterprises are encouraged for participation in the development of infrastructure for these paths, and the commit trial commercial voyages in accordance with the law and relevant regulations,” according to the document.

As noted, the Chinese government intends to pay special attention to ensuring the safety of Maritime navigation in the region. “The country has participated actively in the study of such ways and constantly intensified survey work in the region to improve the quality of navigation, and enhanced security and logistics capabilities in the Arctic”, – the authors of the document.

“China intends to develop the production of oil, gas, mineral resources and non-fossil fuels, and to develop fishing and tourism in cooperation with the Arctic States, while respecting their traditions and culture of the indigenous inhabitants of this region, taking measures to protect the environment,” the document reads.