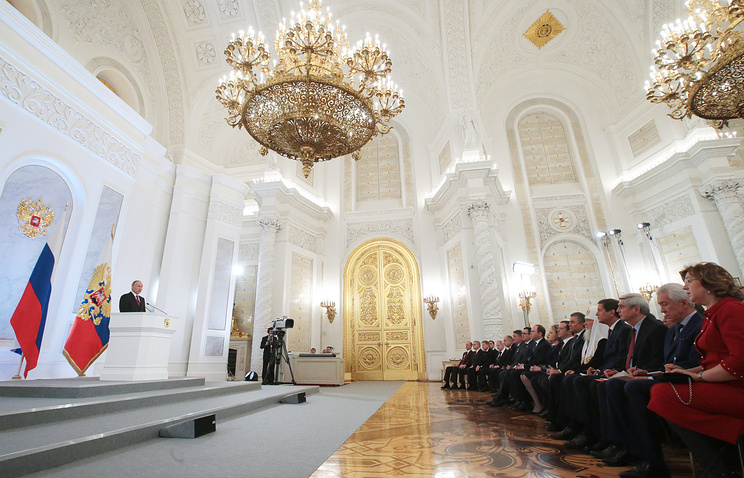 MOSCOW, February 13. /TASS./ Russian President Vladimir Putin continues to work on preparation of the message to the Federal Assembly, the possible date of announcement is not reported.

“The President and the relevant departments of the presidential administration continue to work on the text of the message, as soon as the President decides on the date of the announcement, we will inform you,” said the press Secretary of the head of state, Dmitry Peskov, answering the question, when may be divulged message.

The Russian President appealed to the Parliament with a message 22 times, including Putin himself – 12 times. Previously, all such performances fall within the calendar year, only in 2017, the President’s message was not. At the end of December last year, the first Deputy head of presidential administration of Russia Sergey Kirienko reminded that it is the right of the President, and he can implement his “when deemed necessary”.