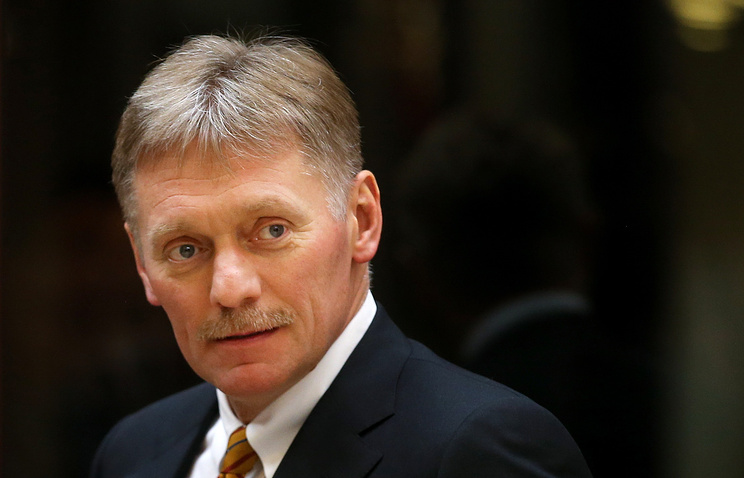 MOSCOW, February 13. /TASS./ Press Secretary of the President Dmitry Peskov urged not to use media reports as a primary source of information about the alleged victims the Russians in Syria and considers that these reports should be verified.

“In this case we appeal to all not to use media reports as the source. Of course, let us be aware that in many countries there is a considerable number of our compatriots, Russians and, of course, here to have some information very difficult. Although, of course, that these reports need verification,” said a Kremlin spokesman told reporters.

“In this case we recommend you to address all the same in the defense Ministry because, first, we have the information published in the media,” said Sands. “We are using the data relate to members of the Armed forces who participate in operation of the Russian space forces in support of the Syrian army, he said. Data about other Russians who may be in Syria, we do not have”.

Speaking about the appeal of the candidate in presidents of the Russian Federation Grigory Yavlinsky to the current head of state Vladimir Putin on this occasion, the Kremlin spokesman, said: “I do not think that Mr. Yavlinsky is there any more reliable sources of information.”

Earlier, Yabloko leader Grigory Yavlinsky appealed to Putin “with the requirement to clarify the situation” regarding the alleged dead Russians in Syria. In his statement, published on the website of the party “Yabloko” Grigory Yavlinsky wrote: “All the world’s media and multiple sources in social networks in recent days have reported many of the victims of Russian citizens fighting in Syria – servants PMC “Wagner” and others, as a result of clashes with Syrian opposition forces supported by American aviation and artillery.”