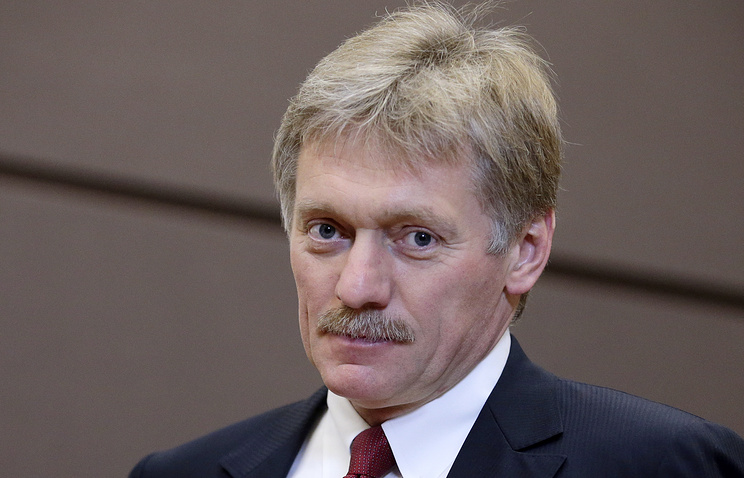 Moscow, February 13. /TASS./ Press Secretary of the President of Russia Dmitry Peskov forwarded to the Central election Commission (CEC) of the Russian Federation the question of whether agitation repeat on the First channel display of a documentary film by Oliver stone about Vladimir Putin.

“I can only repeat that we have no right to interfere in the editorial policy of television channels, and don’t do that. As for the electoral, I would recommend you to refer exclusively to the CEC,” – he said to journalists, when asked to comment on the complaint of the party “Yabloko” to the CEC with a request to check the legality of demonstrations in the First channel of the film by American Director Oliver stone about the current President of Russia Vladimir Putin. A similar request to the Central election Commission appealed the election headquarters of presidential candidate from the party “Civil initiative” Ksenia Sobchak.

The documentary “Putin” broadcast on the First channel from 12 to 15 February. As noted in the release, the tape dedicated to “not only the professional activities and the performance of obligations by the President of the Russian Federation, but also his biography, childhood, parents, family, interests”. According to lawyers of a staff of Sobchak, “interview with Putin which utilizes a film not related to the performance of the President their duties, and are the coverage of historical events.”

Previously a four-part film “Putin” is already broadcast on the First channel. The project was included in three of the most popular programs of Russian television by the end of 2017. The period of the promotion in the media in the presidential election campaign will start on 17 February.