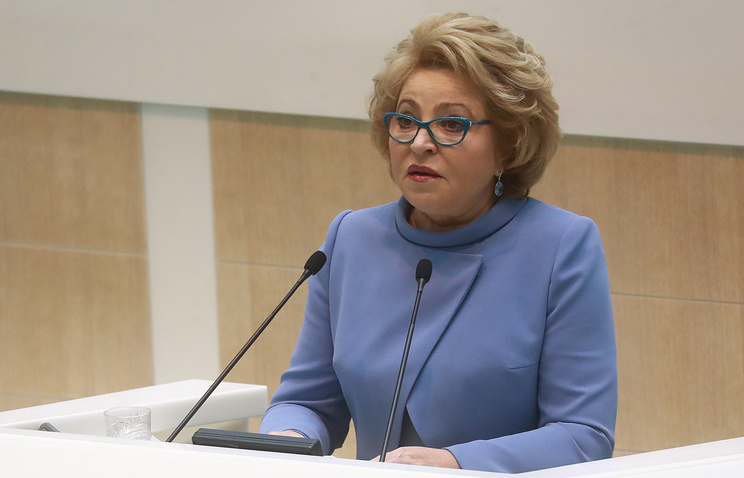 MOSCOW, February 14. /TASS./ The speaker of the Federation Council Valentina Matvienko said that the departure of Franz Klintsevich from the post of first Deputy Chairman of the Committee on defense and security associated with personnel rotation in the upper house of Parliament.

“I wanted to thank Franz Adamovich for his active work on the post of the first Deputy [Chairman of the Committee]. I have already said, adopted the mode of rotation. To the various leadership positions in committees, in Council of Federation brought new senators, involving new regions. Therefore, the Committee decided on the rotation,” – said Matvienko at the meeting.

She added that Klintsevich will continue work in the Committee.

In addition, the speaker congratulated Rakitin’s election to the post of first Deputy Chairman of the Committee and wished him every success in his new position. “Show class”, – said Matvienko, referring to the Senator.

The Federation Council at the meeting on Wednesday elected the first Chairman of the Committee on defence and security former head of Department of FSB of Russia on the Western military district Alexander Rakitin is Senator Franz Klintsevich, who wrote a statement about his release from this position.