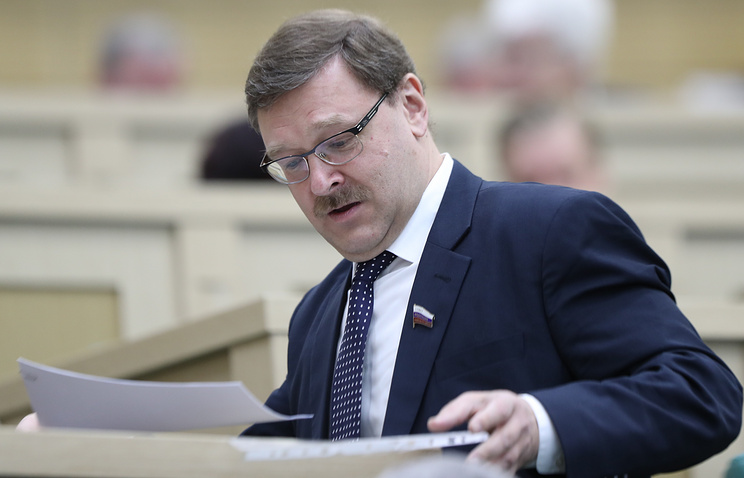 MOSCOW, February 15. /TASS./ Russia is grateful to Turkey for assistance in the return of the body in Syria shot down su-25 Roman Filipov. This was stated on Thursday the head of the Federation Council Committee on international Affairs Konstantin Kosachev at the meeting with the Ambassador of Turkey in Russia by Huseyin Dirioz.

The defense Ministry announced on February 6 that the body of the pilot-stormtrooper major Filipova, who died in Syria returned to Russian military intelligence, in cooperation with Turkish colleagues. Major videoconferencing died 3 February 2018, after the su-25 was shot down by a portable air defense missile system over the area of de-escalation “Idlib” in the North of Syria. The pilot managed to eject, but the world took an unequal battle with the terrorists: being surrounded by rebels, he blew himself up with a grenade. The President of Russia Vladimir Putin awarded Filipovo the title of Hero of Russia posthumously.

“The last tragedy – the death of the Russian pilot, Hero of Russia Filipova also confirmed the need for close cooperation between Russia and Turkey. Of course, we are grateful for the assistance of the Turkish side in the return of the body of the deceased pilot’s Home”, – said Kosachev.

During the meeting the head of the international Committee emphasized the importance of cooperation between Russia and Turkey in the Syrian context as the bilateral and trilateral format with Iran. “It [the collaboration] is a key element of military de-escalation and then start a political peace process in Syria,” – said the Senator.

Kosachev also noted in the dialogue with the Ambassador that the pause in relations between Russia and Turkey after the incident of 4 November 2015, when the Turkish air force shot down a Russian su-24 bomber, in the past. “Everyone’s memory about the seven-month pause in our relationship that is associated with the tragic events. As of today we can safely say that this pause in the past,” said the MP.