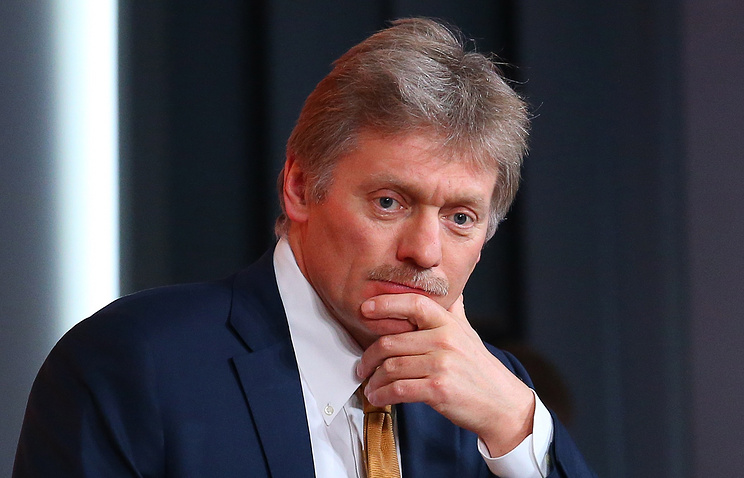 MOSCOW, February 15. /TASS./ Russian President Vladimir Putin has not made a decision on how to classify information about those killed in Syria.

“No, the President didn’t make the decision. All we can say on this topic, we have said, we have nothing to add,” – said the representative of the Kremlin.

14 Feb Sands in connection with reports about the alleged mass death of Russians in Syria urged the media not to be “in the thrall of distorted data”. “We urge all not to follow the erroneous information is intentional or not intentional, and yet serious approach to the description of such a potentially important episodes, in order not to be a prisoner of the distorted data,” he said, commenting on reports about the alleged death of a large number of Russians on 7 February in the Syrian province of Deir ez-Zor.

Sands in the absence of specific data on this topic called strange question of the journalist, who asked about the possibility of mourning is declared in connection with the alleged death of a large number of Russian citizens in Syria on February 7. Also, according to the press Secretary, the Kremlin does not have specific detailed information, which would allow to draw conclusions about the number in Syria the Russians. “It cannot be excluded that in Syria may be Russian citizens, they do not belong to the Armed forces of the Russian Federation, that’s all we can say. But in any case, of course, our citizens remain citizens of Russia, wherever that is”, – concluded the press-Secretary of the President.

Earlier, a source in the Russian foreign Ministry told TASS that distributed close to the Western media reports of hundreds of dead Russian citizens in Syria “are a classic disinformation”.

Last week the CBS with the assertion that Russian citizens were in units of the Syrian Pro-government forces on 7 February in the village of Hassam in the Syrian province of Deir ez-Zor allegedly attacked the headquarters of the “Forces of democratic Syria” backed by Washington. The coalition headed by the USA attacked on the specified Pro-government forces.

As stated earlier, the defense Ministry, the Syrian were the militia in the province of Deir ez-Zor 7 Feb under fire from the coalition, the uncoordinated with the Russian military actions. In the incident were injured and 25 militia. Russian troops in that area there, said the defense Ministry.