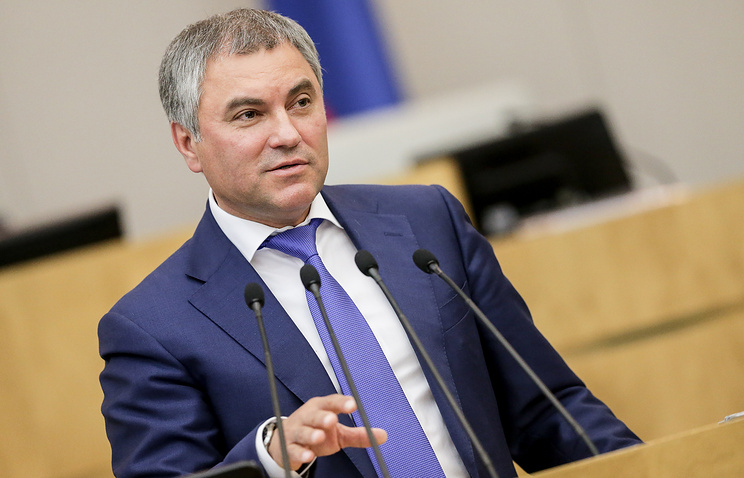 MOSCOW, February 15. /TASS./ Speaker of the state Duma Vyacheslav Volodin warned the deputies from ill-considered proposals and populism, when it comes to socially important initiatives.

This statement he made on Thursday at the plenary session of the lower house during the consideration in the second reading the presidential bill on raising the minimum wage (SMIC) to a living wage since may 1, 2018.

In case of realization of the bill on may 1, the minimum wage should be 11 163 RUB To the draft law received only amendment initiated by the leader of LDPR Vladimir Zhirinovsky, which proposed to raise the minimum wage to 20 thousand rubles. According to policy, the budget has the necessary funds for such an increase in minimum wage.

Commenting on the proposal Zhirinovsky, speaker of the state Duma called “in the beginning to find funds, and to analyze the sources that could provide the appropriate increase”. “Sources sounded? Let’s analyze these sources, let us to seek these funds. And so it is possible to conclude that this decision will not be made, and people will be left without the minimum wage, which is equal to the subsistence level. Let’s be more responsible”, – said the speaker of the lower Board.

“Obviously, an election campaign but still would like to have with you is not populism,” he asked Volodin to the deputies.

The third and final reading of the draft to raise the minimum wage scheduled for Friday, February 16.