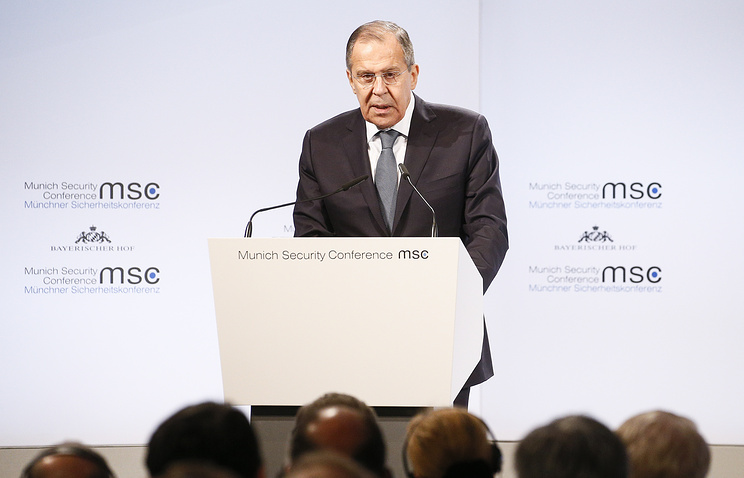 MUNICH, February 17. /TASS/. Russia as no one else is interested in the resolution of the internal Ukrainian crisis, the legal framework for this is ready. This was stated on Saturday by the Minister of foreign Affairs of Russia Sergey Lavrov, speaking at the Munich security conference.

According to him, Ukraine is a country with huge potential for life and talented people are plagued to a “state of inability to self-govern”. “Russia as no one else is interested in the resolution of the internal Ukrainian crisis, the Minister emphasized. Legal framework ready – it’s the Minsk package of measures, developed in Germany, Russia, Ukraine, France, with the participation of Donetsk and Lugansk and approved by the UN security Council”.

The Russian foreign Minister also pointed to the need for strict compliance with the Minsk agreements. “However, while appropriate efforts are being sabotaged by Kiev, which officially talking about a war scenario, he said. – I’m sure the EU understands the danger of such a reversal.”

In addition, Lavrov expressed disappointment with the fact that the EU, acting subsequently as a guarantor of the agreement between the government of Ukraine and the opposition on 21 February 2014, “were powerless to demand its fulfillment, in fact, supported the anti-constitutional coup”.