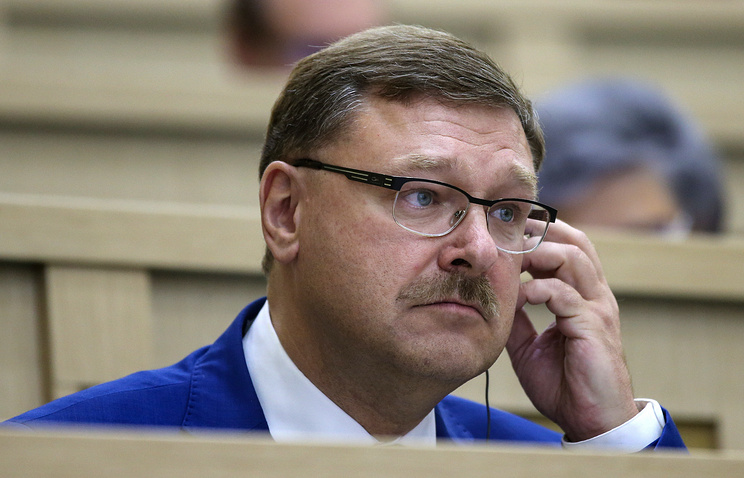 MOSCOW, February 18. /TASS/. Launched in the US, the charges against the 13 Russians for alleged interference in the presidential election in 2016 shows a very low opinion of American politicians against their own people and democratic institutions, said the head of the Federation Council Committee on international Affairs Konstantin Kosachev.

Commenting on consisting of 37 pages of the indictment against 13 citizens of the Russian Federation, prepared by the office of the special Prosecutor Robert Mueller, Kosachev wrote on Sunday on his page in Facebook that “it would be funny if it were not voiced in all seriousness to the whole world”. According to the politician, “from this we can conclude that the political class of the USA has a very low opinion, firstly, about their own people and, secondly, about their own democracy and its institutions.”

“13 unknown characters influenced presidential elections in the richest, strongest, mightiest country in the world with reference institutions of democracy, Kosachev says. – Can you imagine a more powerful PR for Russia, which in this case becomes the demiurge governing the world? For in response to the derisive comparisons of GDP, military capabilities, values, and alliances were sufficient to prepare 13 people and achieve their goals.”

Us authorities on Friday formally charged 13 persons and 3 organizations in Russia for alleged involvement in the intervention in the presidential election of 2016. According to the documents of the Ministry of justice, members of the Russian organization “Agency of Internet research” in 2014, “began interventions in the political system of the United States, including the American presidential election of 2016”. It is noted that these actions did not affect the outcome of the elections.