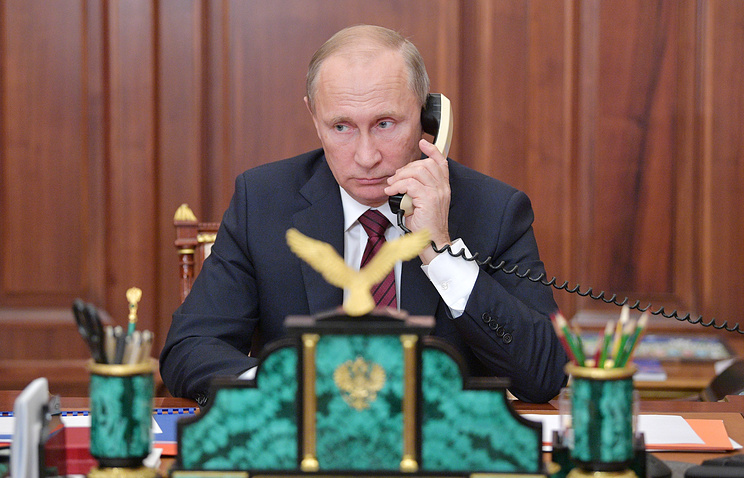 MOSCOW, February 19. /TASS/. The President of the Russian Federation Vladimir Putin discussed in a telephone conversation with Turkish President Recep Tayyip Erdogan the situation in Syria, paying special attention to the issues of further strengthening of cooperation in Astana format. This was reported in the press service of the Kremlin.

“When discussing the situation in Syria, special attention is paid to the issues of further strengthening of cooperation in Astana format. Reaffirmed the commitment to the tight coordination of efforts of Russia, Turkey and Iran in order to ensure the effective functioning of areas of de-escalation and promotion of the political process – in the development of the agreements reached at the Congress of the Syrian national dialogue in Sochi”, – the press-service.

The two leaders also touched upon the situation in the North-West of Syria, including with a view of the Turkish military operations in Afrin district, the report says.

In addition, the leaders of Russia and Turkey noted “the positive development of Russian-Turkish cooperation” and agreed to hold in the short term, the number of contacts at various levels.