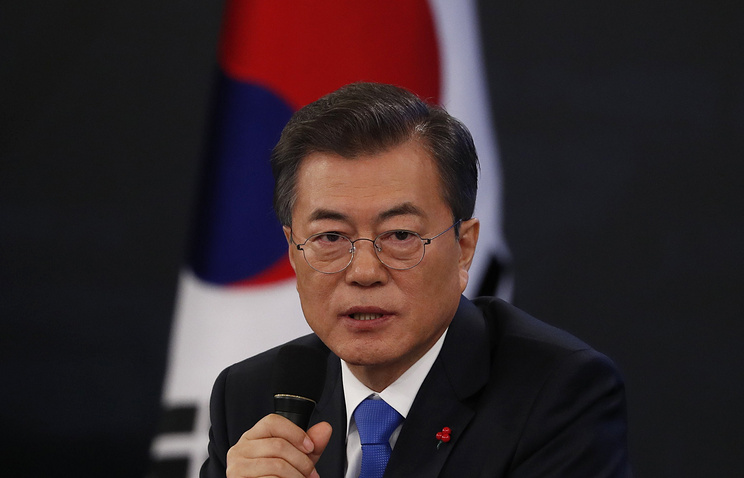 SEOUL, February 20. /TASS/. The leader of the Republic of Korea moon Jae-In accepted the invitation of Russian President Vladimir Putin to visit Russia during the world Cup in 2018, which will be held from 14 June to 15 July. This was announced on Tuesday in Seoul to the Russian journalists by the assistant to the President of the Russian Federation, Vice-President of the Olympic Committee of Russia Igor Levitin.

“The Russian President invited South Korean President to visit Moscow during the world Cup. Mr. President accepted the invitation and now through diplomatic channels is set to the date of the visit of the President of Korea,” – said Levitin.

He also said that the delegation headed by him visited Korea at the invitation of moon Jae In, who wanted to be informed about “how athletes, fans, what are the problems, living conditions”.

The Deputy head of the ROC announced that he had met in Korea with the Russian athletes. “The conditions created here, decent and no complaint or claim on the part of athletes”, – he stressed. According to Levitin, moon Jae-In said that “Korea will do everything to Russian citizens who have come here for the Olympic games, it was comfortable.” “I think the meeting went very well,” he concluded.

The winter Olympics takes place in South Korea from 9 to 25 February. Russian athletes to participate in a neutral status.