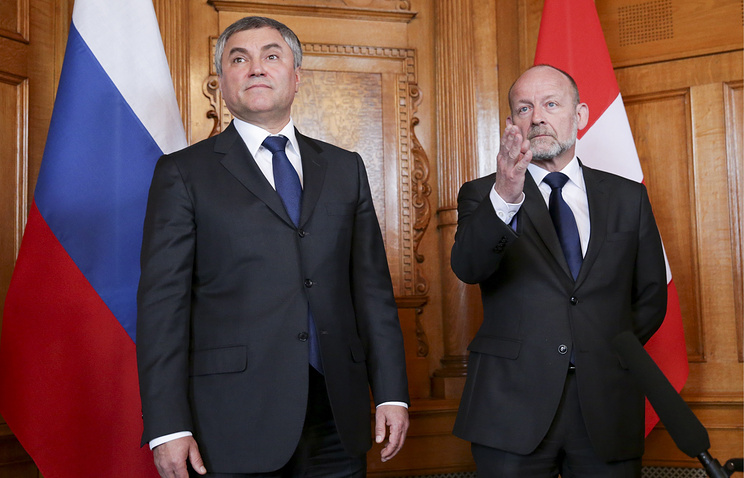 BERN, 19 February. /TASS/. Speaker of the state Duma Vyacheslav Volodin urged the OSCE Parliamentary Assembly to respond to an attack by Ukrainian radicals on the representative office of Rossotrudnichestvo in Kiev.

Volodin has reminded that “last year after the attack in Kiev on the banks of the Russian State Duma issued a statement and appeal to his colleagues, including European parliamentarians, to respond to this barbaric act”. “The response from the OSCE PA, the parliamentary Assembly of the Council of Europe followed. Now the situation is repeated in connection with the attack on the building of Rossotrudnichestvo in Kiev”, – said the head of the lower house of Parliament.

Volodin also believes it is important “to give serious evaluation to the steps the Ukrainian authorities on infringement of legitimate rights of national minorities, in particular in the use of native languages”. “This is legitimate criticism, including from Western countries,” – said the speaker of the state Duma.

Members of a neo-Nazi group “the Organization of Ukrainian nationalists” (OUN-UPA prohibited in Russia) February 18, threw stones and eggs at the building of Rossotrudnichestvo in Kiev, they also broke Windows in office Ukrainian “daughter” of Sberbank and attempted to break the Windows in the building of alpha Bank.