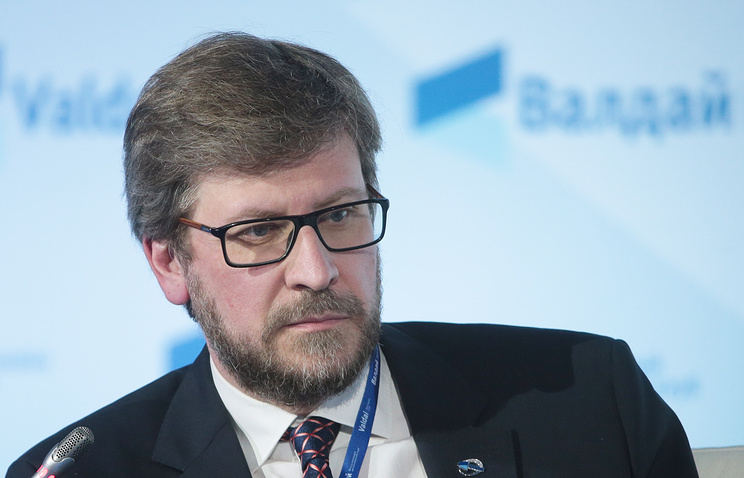 MOSCOW, February 20. /Offset. Maria Khrenova TASS/. Russia will have to deal with the unraveling of the complex tangle of problems in the middle East, but the expectations from the role Moscow should not be overestimated. This opinion in an interview with TASS on Tuesday was expressed by the chief editor of the magazine “Russia in global politics”, the scientific Director of the International discussion club “Valdai” Fyodor Lukyanov, summing up the club organized a two-day conference “Russia in the middle East: playing on all fields”.

He drew attention that “the mentality of this region [the Middle East] is very complicated.” “It was formed under a certain influence, and there is, on the one hand, a very sharp rejection of the external intervention – they say all the time: let us solve our issues ourselves and not meddle with us,” he said. “On the other hand, when you cease to climb, it turns out that they decide they can’t do anything, there are expectations that you do not help us” – says the scientific Director of the “Valdai”.

“And most importantly, there is present a respect for the force. Those who show strength and decisiveness, immediately call, shall we say, interest. This is understandable, but managing expectations is also a separate work”, – said Lukyanov.

All the threads converge to Syria

The expert agreed with the opinion that the topic of Syria dominated the conference, “because there are still there are the main events – and not only in the sense that it is historically important country.” “There converge all the threads and good to develop some model solution of the Syrian problem could be the prototype for the relations in the region,” he said.

“Now, for example, continues to hold the triangle Russia – Iran – Turkey, which in itself is amazing: it is very fragile, it cracks and wobbles, especially with Turkey. But kept, for obvious reasons, as all parties understand how they need each other as they would each other or treated,” – said Lukyanov. He called it a great achievement, without which there would be no progress in the negotiations in Astana.

The involvement of Arab countries

In this context, one of the issues which, according to Lukyanov, rightly put, the Arab countries, is whether the three non-Arab countries to decide the fate of the Muslim Arab East, so you need the involvement of other States, in particular Saudi Arabia. “And this is immediately multiplatinum number of contradictions: Iran, Turkey and so on. Therefore, if the example of Syria will be somewhere to move, it will be the basis for anything else,” he suggested.

Is there a benefit for Russia?

Answering the question about what kind of benefits can derive from Russia’s active policy in the middle East, Lukyanov called “not ashamed of the ability to obtain a Mercantile situation.” “It always is and will be, without this in any way. Probably some kind of assets can be purchased, working in the middle East,” he said.

“This region is so arranged that many countries prefer to have good relations with powerful States, including commercial, – stated the expert. – I do not want to hang labels, but the number of countries comes from the fact that some large contracts are both purchase loyalty”. This applies not only to Russia, and primarily the United States, said Lukyanov. “Their partners in the Persian Gulf doing many things not so much due to the fact that they need American weapons, how much is loyalty,” he added.

“But of course, this is not important, because now a bit forgotten the original argument, when Russia started operation in Syria,” – said the analyst, Recalling that originally it was about fighting terrorism.

“It is clear that this is not the only goal. For objective reasons, the fight against extremism is impossible without creating functioning States, and this entails a number of other necessary actions”, – said the interlocutor of the TASS. “Nevertheless, the problem remains because the middle East, all of which falls apart and becomes an incubator thugs, everywhere he will come,” he warned.

This plan “calls on the need to combat terrorism overseas is a little slogan, but it is in General true,” admitted Lukyanov

The region will never be the same

He is convinced that the middle East will never be the same. “For example, the issue that was discussed during the second day of the conference – the Kurdish issue: in many ways the middle East of the twentieth century was built on the fact that all the default decided to ignore the aspirations of the Kurds – “sorry guys you can not”. Now the Kurdish factor in various circumstances, starting with the Iraq war, so got on the first plan that the return of Kurds back to the (former) situation will not work”, – said the analyst. “And this is followed by lots of other things, so the middle East is what it was before, or left out, what will it be then – unknown,” – he concluded.

Thus, if in the region will fail to restore stability, it threatens great danger, said Lukyanov. He noted that the theme of the forum raised, inter alia, the former foreign Minister of Egypt Nabil Fahmy, who said that “the important thing is to preserve the national state, because whatever they were, this kind of support”. “That is correct, but, on the other hand, nation-States, if they were created fairly arbitrarily, and if they have touched, it is very difficult to recreate, because they can be rebuilt in completely different configurations,” presented their arguments, the Russian expert.

“All this, however, is urgently needed, including Russia, because if there’s nothing there, then there will be “LIH” (ISIS – the former name of banned terrorist organization “Islamic state”)”. A Holy place is never empty”, – he said.

Moscow – a platform for all

Lukyanov explained that the conference was conceived with a specific purpose. “It’s still not a political conference, scientific and practical, as previously discussed. It is a platform for dialogue and attempt to associate those who otherwise would be together in the same room was not”, – he said.

Thus, according to him, in the region of such places in fact already left. “When the middle East dialogue of the Valdai just begun – 2010, 2009 years – always in the region it was very difficult, but nevertheless there were also country – Morocco and Jordan – where they could all gather. Now they are not any one are not allowed, or other”, – he stated.

“In Moscow [to meet] is still possible, although it’s difficult, but it is essential work, because otherwise any conversation ends,” concluded the scientific Director of the “Valdai”.