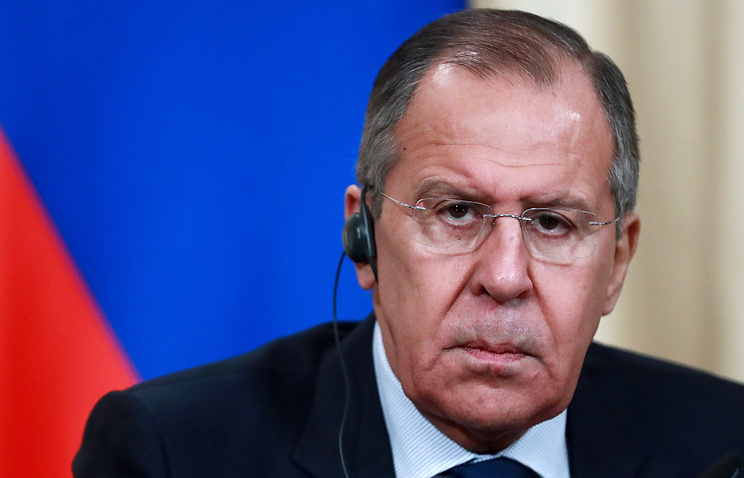 LJUBLJANA, 21 February. /TASS/. The law on the reintegration of Donbass, signed on Tuesday by President of Ukraine Petro Poroshenko, encourages the use of force to restore the territorial integrity of this country, which is unacceptable. This was stated on Wednesday the Minister of foreign Affairs of Russia Sergey Lavrov following talks with Minister of foreign Affairs of Slovenia Karl Erjavec.

“We hope that in the West, especially in Berlin and in Paris, as in the capitals of the countries – participants of the Normandy format, you know that the latest actions of the Ukrainian leadership take towards the implementation of the Minsk agreements, are an attempt to wipe out, I mean first of all the so-called law on the reintegration of Donbass, which permits and even encourages the use of force to restore the territorial integrity of Ukraine, – he emphasized. Is consider totally unacceptable”.

On Tuesday, February 20, the President of Ukraine signed the law “On peculiarities of state policy on ensuring state sovereignty of Ukraine on the temporarily occupied territories in the Donetsk and Lugansk regions” (the reintegration of Donbass). The law shall enter into force on the date of its publication.

This document uncontrolled Kiev areas are referred to as “temporarily occupied territories”, Russia’s actions qualify as “aggression against Ukraine” and the President shall have the right to use the armed forces in the country without the consent of Parliament, including the liberation of territories in the East. This is the joint operations staff of the Armed forces of Ukraine for control over all security forces and civil-military administrations in the conflict zone. In addition, the text of the document after amendments removed all mention of the Minsk agreements.