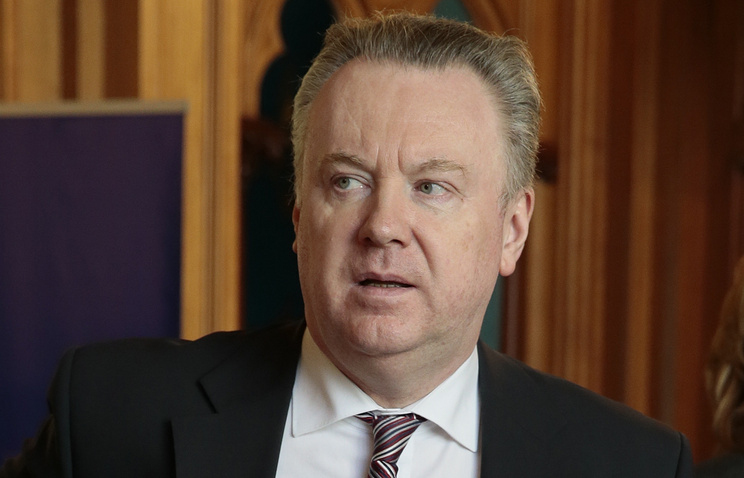 VIENNA, 21 Feb. /TASS/. The signing by the President of Ukraine Petro Poroshenko law on the reintegration of Donbass is a continuation of the escalation of tensions in the South-East of Ukraine, and also confirms the orientation of Kiev on a military solution to the conflict. This was stated on Wednesday Russia’s permanent representative to the OSCE Alexander Lukashevich.

“The signing of Peter Poroshenko law on the reintegration of Donbass was a logical continuation of the policy of Kiev for the escalation of tensions in the South-East of Ukraine, – said Lukashevich. – By signing the law on the reintegration of Donbass, Petro Poroshenko confirmed the commitment of Kiev on a military solution to the internal Ukrainian conflict.”

According to him, the “law on reintegration of Donbass directly contrary to the spirit and letter of the Minsk package of measures approved by the UN security Council resolution 2202, establishes state support for the crimes of the Armed forces of Ukraine and nationalists”, said in the statement Lukashevich, which the press service of the Russian permanent representative to the OSCE published Twitter.

On Tuesday, February 20, the President of Ukraine the law “On peculiarities of state policy on ensuring state sovereignty of Ukraine on the temporarily occupied territories in the Donetsk and Lugansk regions” (the reintegration of Donbass). The law shall enter into force on the date of its publication.

This document uncontrolled Kiev areas are referred to as “temporarily occupied territories”, Russia’s actions qualify as “aggression against Ukraine” and the President shall have the right to use the armed forces in the country without the consent of Parliament, including the liberation of territories in the East. This is the joint operations staff of the Armed forces of Ukraine for control over all security forces and civil-military administrations in the conflict zone. In addition, the text of the document after amendments removed all mention of the Minsk agreements.