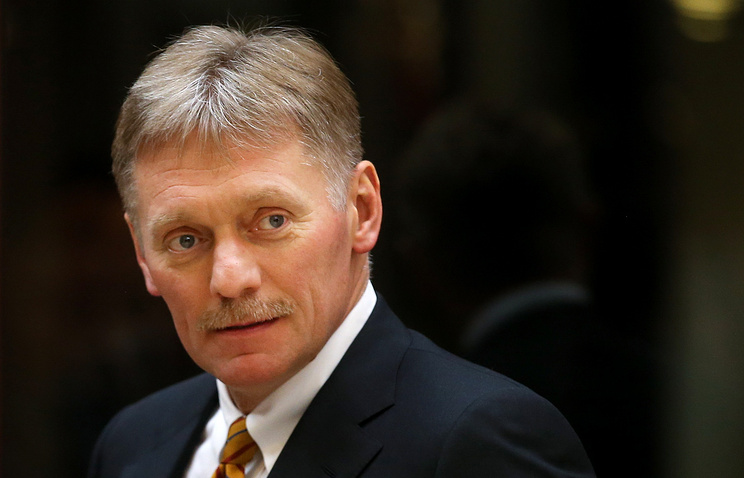 MOSCOW, February 21. /TASS/. Press Secretary of the President Dmitry Peskov categorically rejected allegations that Russian troops involved in the death of civilians in the Damascus suburb of East ghouta.

“It’s groundless accusations. It is not clear where they are based. Any specific data is not given, and thus we assess such charges. We do not agree with them”, – said the press Secretary of the President of the Russian Federation.

The head of the press service of the U.S. Department of state Heather Nauert called on Tuesday to stop the violence in Eastern Guta, and to create conditions for the evacuation of casualties. According to her, the responsibility in this area lies with the authorities of Syria and Russia. “The United States is deeply concerned by the upsurge in violence in Eastern ghouta, she said. – We call on all parties to stop the violence without any preconditions. Russia must end its support for [Syrian President Bashar] Assad and his allies.” Nauert added that they “take responsibility” for what is happening in Eastern ghouta.

Earlier with reference to the representative of the UN Secretary General reported that Monday in the Eastern ghouta, killing more than 100 people, including at least 13 children. Five hospitals and medical clinics have been subjected to air strikes, more than 700 people are in urgent need of evacuation for medical reasons. While the UN has repeatedly stressed the need to introduce in Eastern ghouta the regime of silence, which would allow to deliver humanitarian aid and to evacuate the sick and wounded.

Eastern ghouta, which is controlled by rebels and under siege from government troops, included in the list of regions of de-escalation, created in accordance with the agreement dated 4 may between the countries – guarantors of a ceasefire in Syria: Russia, Iran and Turkey. The UN regularly Express concern about the situation in the area, urging to create the conditions for delivery of humanitarian assistance.