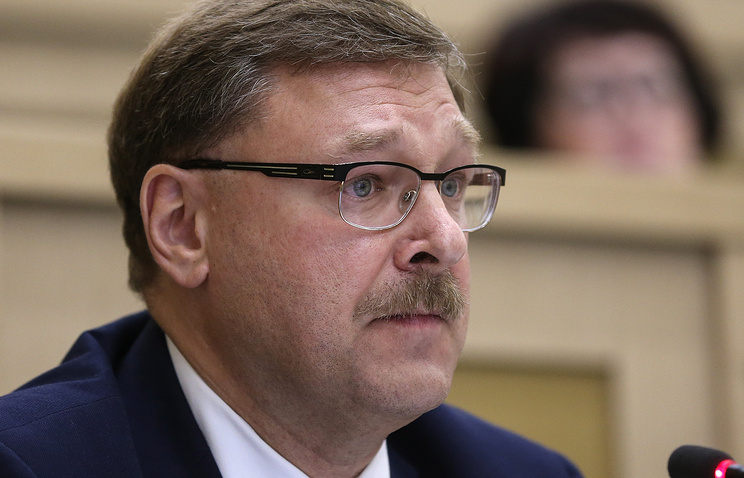 MOSCOW, February 25. /TASS/. The resolution of the UN Security Council on the establishment of a 30-day truce in Syria will not allow the United States in case of military intervention in the conflict to refer to the will of the international community. Such opinion in conversation with the correspondent of TASS on Sunday expressed the head of the Federation Council Committee on international Affairs Konstantin Kosachev.

“Definitely confirmed by the indignation of the security Council by mortar attacks in Damascus, including the diplomatic mission (it was fired at the Russian Embassy in Damascus – approx. TASS), that is no longer a situation in which the supposedly “evil” Damascus and Russia are at war with “civilians”, for some reason shelled from mortars the capital of Syria,” – said the MP.

The UN Security Council on Saturday after several days of negotiations, approved a resolution “without delay” to stop the fighting in Syria to provide humanitarian assistance to the population. The document also commits the parties to “begin to interact to fulfill this requirement”. “Humanitarian pause”, the document says, should last at least 30 days and should cover the entire territory of Syria that will allow the UN and partners to safely deliver assistance to the population and to evacuate seriously ill and injured.