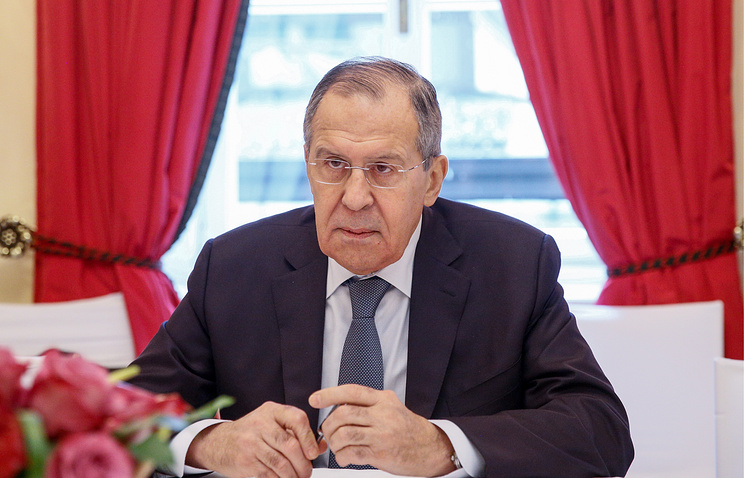 MOSCOW, February 24. /TASS/. Moscow and Belgrade have become the object of outright pressure from the West. This was stated by Minister of foreign Affairs of Russia Sergey Lavrov in interview to the program “Vesti on Saturday” on TV channel “Russia-1” in connection with a meeting held this week a working visit to Serbia.

“Our country, like Serbia, become the object of overt pressure,” said the Russian Minister, Recalling the words of his Serbian counterpart Ivica Dacic about the attempts of Western countries to use the interest of Belgrade to European integration “to get Serbia to take anti-Russian position.”

“Few in Europe, by the way, can such a simple language to Express their attitude to what is happening,” said Lavrov.

The Minister also drew attention to the warm welcome of the Serbian people. “Crowds of people who came to the Russian Embassy in Belgrade, which, under the snow and rain came to the ceremony of laying wreaths to the memorial to the Liberators of Belgrade – it’s not someone paid and “herded” in a particular event, people have come, – he stressed. – We have these relationships because we love their country, and Serbs love Russia and the Russians – Serbia”.

The Minister of foreign Affairs was on a working visit to the Serbian capital from 21 to 22 February. He was received by President Aleksandar Survived, held talks with the foreign Minister of Serbia Ivica Dačić, addressed the students of the Belgrade University, and also participated in several cultural events, including the presentation of the mosaic decoration of the dome of St. Sava temple in Belgrade.