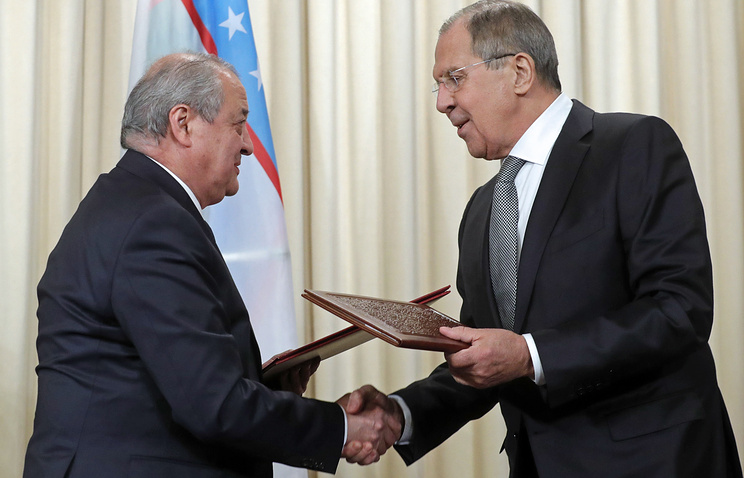 MOSCOW, February 23. /TASS/. Russia supports Uzbekistan’s initiative on holding in March, the international conference on Afghanistan called “the peace process. Cooperation in the sphere of security and regional cooperation”. This was announced on Friday, the Minister of foreign Affairs of the Russian Federation Sergey Lavrov following talks with Uzbek counterpart Abdulaziz Kamilov.

“The initiative of holding a forum was put forward by our Uzbek friends at the UN in January at a special meeting of the UN Security Council, and today we discussed preparation for this very important and significant event, – said the Russian foreign Minister. We also noted the need to mobilize all available formats to promote the Afghan settlement, including the so-called Moscow format and the contact group, “the Shanghai cooperation organization plus Afghanistan.”

The Russian foreign Minister drew attention to the fact that “Afghanistan is a problem that concerns our country and other countries in the region, not only in the region but also beyond”. “We are concerned that in this country, the growing presence of so-called Islamic state (a terrorist organization banned in Russia – approx. TASS), especially in the Northern regions of Afghanistan that directly border with the CIS countries, – said Lavrov. – There is formed a network of camps for training militants, and among them, unfortunately, have come from our countries.”

In his turn, Abdulaziz Kamilov declared that Uzbekistan is grateful to Russia for its support for the conference.

“We are grateful to Russia for its support of this event… and willingness to participate in this forum” – said Kamilov.

He also said that in addition to Russia invited to the event, USA, China and several other States.

“As for those parties who received invitations, we proceeded from the fact that there are real forces that are already quite deeply involved in this process which largely determines the course of further development, – said the head of the foreign Ministry of Uzbekistan. – So we decided to invite at the global level, Russia, China, the United States, at the regional level, Pakistan, Iran and India.”

“Also received the invitation of Saudi Arabia, the UAE and Turkey, and international organizations – the UN and the European Union, as well as a number of European States who had expressed a desire to participate – is the United Kingdom, Germany, France and Italy – said Kamilov. – Of course, given the fact that we are in the same region, full participation will make all the Central Asian States. The meeting will take place at the level of Ministers of foreign Affairs”.

“Any illusions [about the outcome] we have. We do not believe that after Tashkent [in Afghanistan] will immediately begin the peace process and all will be resolved, – said Kamilov. – But nevertheless, something needs to be done and once this process is necessary to begin”.