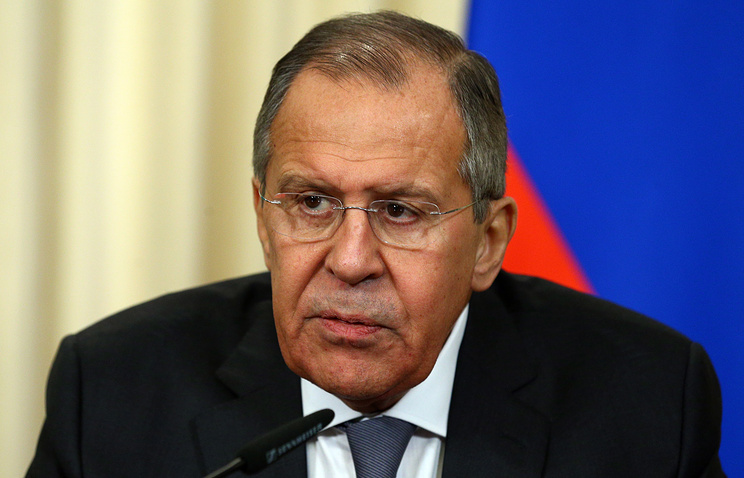 MOSCOW, February 26 /TASS/. Moscow expects new stuffing of misinformation on the situation in Syria to discredit the Damascus division of the country. This was stated on Monday the Minister of foreign Affairs of Russia Sergey Lavrov.

“Attempts (misinformation) will continue with the sole purpose to denigrate government, to accuse them of all mortal sins, war crimes, – he said. – (This will be done), in order to consistently implement the actions that we have already observed in the Eastern parts of Syria, where the United States will implement a scenario of creating a quasi-partition of the country. Will this theme continue to talk with the Americans, their allies in the coalition”.

“They (the US and its allies – approx. TASS) needs to explain why these actions are taken despite the fact that the resolution 2401 unambiguously confirmed the need for the sovereignty, territorial integrity of Syria. So there are many questions”, – he said.

According to the Minister, the chances of success of a resolution is, if “all Syrian parties on the ground, all who support them, will be guided by the requirements of the UN security Council”. “[Namely] to agree on the specific parameters of the cessation of hostilities, to provide at least a 30-day pause to allow humanitarian and medical access to populations living in those Syrian areas”, – said the head of the foreign Ministry.

The UN security Council on 24 February unanimously adopted a resolution 2401 demanding the cessation of hostilities throughout Syria, at least 30 days to provide humanitarian assistance to the population. As stated by the permanent representative of the Russian Federation at the world organization Vassily Nebenzia, Russia “supported this document because it urges Syrian parties to the conflict to a speedy cessation of hostilities, implementation of previously agreed arrangements on this matter and negotiating the work on a General de-escalation and the establishment of long-term humanitarian pauses in all areas of the country.” The diplomat drew attention to the fact that the truce does not apply to the operation against terrorist organizations in Syria.

About groups of “Ahrar al-sham” and “Jaish al-Islam”

The Russian Minister noted that the group “Ahrar al-sham” and “Jaish al-Islam” (banned in Russia) are subject to legitimate the actions of the Syrian army to combat terrorism.

“In Eastern Guta, and in Idlib province, a number of groups that have positioned their Western partners and patrons as “moderate”, such as “Ahrar al-sham”, “Jaish al-Islam” collaborating with a terrorist group from the corresponding list of the UN security Council “al – Nusra Dzhebhat” (banned in Russia), – said Lavrov. – This makes “partners” “an-Nusra” unprotected ceasefire. They are also subject to legitimate the actions of the Syrian armed forces and all those who support the Syrian army”.