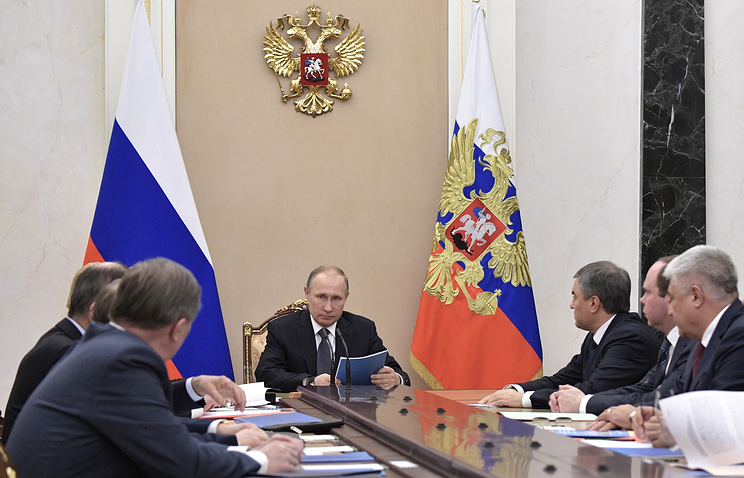 MOSCOW, February 26. /TASS/. Russian President Vladimir Putin discussed on Monday with the permanent members of the security Council of Russia measures to prevent damage from potential floods and wildfires.

This was reported by press Secretary of the head of state, Dmitry Peskov.

“In this context was a conversation about preventive measures to protect the population and social infrastructure from future floods and natural fires,” he said.