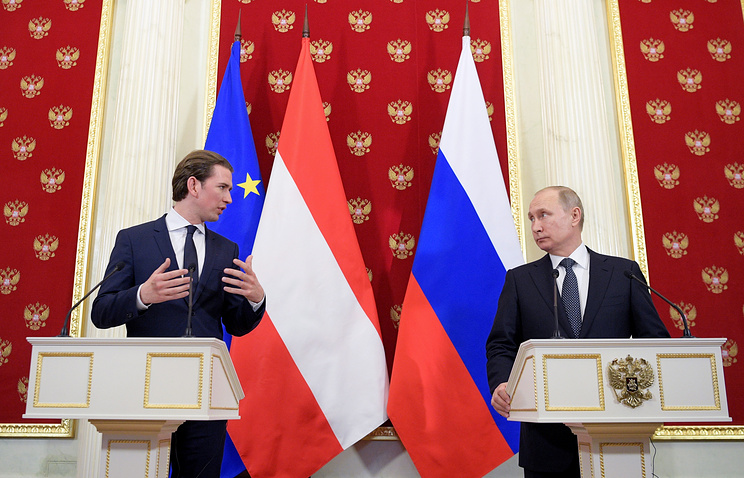 MOSCOW, February 28. /TASS/. Russia will not endlessly tolerate the attacks of the militants of the East Guta, which are applied even by the Embassy and the trade representation of Russia. This was stated by Russian President Vladimir Putin on a press – conferences following the results of negotiations in the Federal Chancellor of Austria Sebastian Kurtz.

“As you know, at least in Russia we know this well, mines are even on the territory of the Russian Embassy and trade missions. We will tolerate this indefinitely? No, certainly!” Putin said at the request of TASS to assess the situation in Eastern ghouta.

The Russian leader noted that the region is a lot of extremist forces and members of terrorist organizations, which are included in the corresponding lists of the UN, the latest resolution of the UN security Council says that the fight against these organizations continues.

“Because there are constant attacks, some days of rocket and mortar attacks reach 50-80 a day,” – said Putin.

The Russian President recalled that during his last conversation with Federal Chancellor of Germany Angela Merkel and President of France Emmanuel Macron, they agreed to organize a humanitarian corridor to withdraw from the conflict zone children, wounded and in need of assistance.