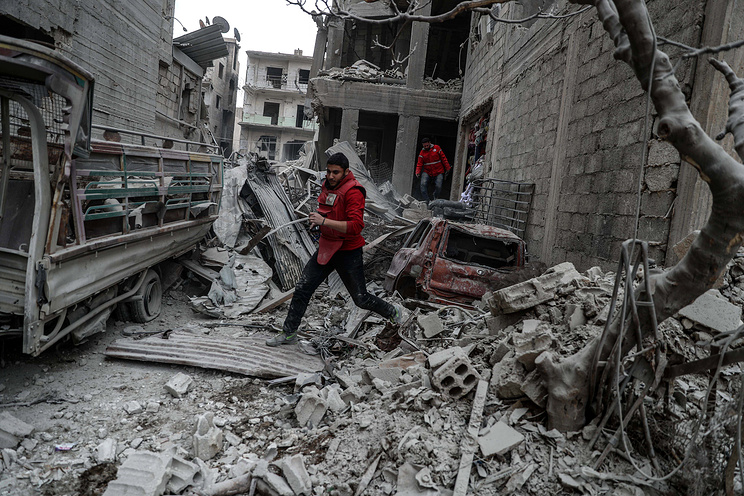 MOSCOW, February 27. /TASS/. Russia calls on militants in Eastern ghouta to comply with the ceasefire and not to impede the exit of civilians, said the head of the Centre for reconciliation of the warring parties in Syria the General-major Yury Evtushenko.

“We call on the leaders of armed groups in the Eastern ghouta to respect the cessation of hostilities and not interfere with the exit of civilians to safe areas,” – said Yevtushenko.

He stressed that the militants went on the offensive in the area. According to him, on Tuesday during the humanitarian pause from the area between the villages of Duma and Harasta from 11:45 to 12:25 (12:45-13:25 MSK) militants made two mortar shelling of a humanitarian corridor, the mine exploded 500 meters from the checkpoint.

“In addition, during the humanitarian pause, the fighters of armed groups continued to attack the positions of government forces near the settlements Asrama and Naseby, and after 13:00 (14:00 Moscow time – approx. TASS) went on the offensive in other areas. These actions were accompanied by intense artillery fire and small arms fire,” said the General.

Earlier Tuesday, a representative of the Russian Centre for reconciliation the warring parties in Syria the General-major Vladimir Zolotukhin said that during the humanitarian pause, the militants attacks committed corridor to evacuate civilians from Eastern ghouta every half hour, resulting in the evacuation of the population was frustrated, to leave the area for the day could not any one person.