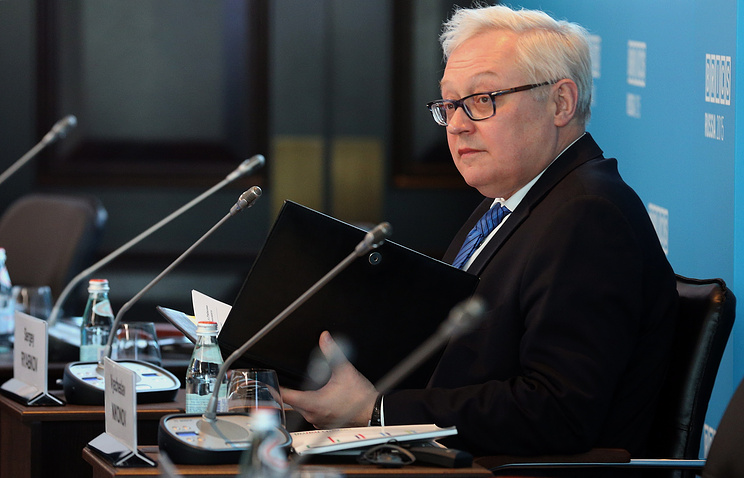 MOSCOW, February 28. /TASS/. The invention of the fables in the “cocaine case” those who want to denigrate the productive cooperation between Russia and Argentina on suppression of drug trafficking. This was stated on Wednesday, answering the question TASS, Deputy foreign Minister Sergei Ryabkov.

“The invention of all the details that cluttered this situation, do the people who originally charged in the accusatory negative, inventing stories, they work deliberately to demonize productive unprecedented cooperation, which made possible the disclosure of the circumstances of this high profile case, he said.

Ryabkov stressed that “any “stuffing” of the last days have nothing to do with the real thing, including all the speculation about that in the beginning, supposedly did the work of Argentine secret services and only then joined the Russian side”.

“Arguments about the alleged involvement of certain structures that are not mentioned in the official review of the FSB or the Russian foreign Ministry in this matter – it’s all malicious slanders and speculations from the category of “fake news,” he added. “I don’t see any reasonable reason to continue the discussion of this theme”, – concluded the Deputy Minister.

Earlier, the Russian foreign Ministry said that Russian and Argentine law enforcement agencies conducted a joint operation to cut off the channel of delivery of large quantities of drugs to the European market, the arrested suspects – citizens of the Russian Federation and Argentina. According to the Russian foreign Ministry, the shipment of drugs found in one of the buildings of the Russian Embassy in Buenos Aires, belonged to the employee of the diplomatic mission of the technical staff, who by that time had already completed the trip.