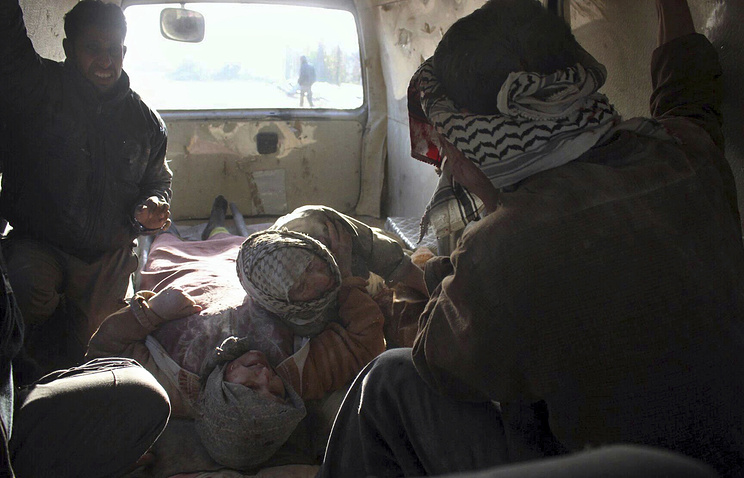 DAMASCUS, February 28. /TASS/. The second humanitarian pause in Eastern ghouta took off like a previous one, due to a mortar attack from terrorists, said Wednesday the Russian journalists the representative of the Centre for reconciliation of the warring parties in Syria the General-major Vladimir Zolotukhin.

“At the end of the humanitarian pause no civilians could not leave Eastern ghouta in connection with a mortar attack by militants,” – said Zolotukhin.

According to the General, ambulances and buses, designed for civilians, continue to be on duty at a humanitarian corridor in the settlement of El Vafidin.

Earlier he said that on the morning of the humanitarian corridor, gathered more than 300 civilians wishing to leave Eastern ghouta.

The Minister of defence of the Russian Federation General of the army Sergei Shoigu said on Monday that on behalf of the President of Russia Vladimir Putin in the Damascus suburb of Eastern ghouta from 27 February introduced the daily humanitarian pause from 9:00 to 14:00 local time (10:00 to 15:00 GMT).

But on Tuesday the evacuation of the civilian population was disrupted due to attacks by militants. As the representative of the Russian Center for reconciliation of the warring parties in Syria the General-major Vladimir Zolotukhin, during the humanitarian pause, the militants attacks committed corridor to evacuate civilians from Eastern ghouta every half hour, resulting in the evacuation of the population was frustrated, to leave the area for the day could not any one person.

In addition, during the humanitarian pause, the fighters of armed groups continued to attack the positions of government forces near the settlements Asrama and Naseby, and after 13:00 (14:00 Moscow time) went on the offensive in other areas.