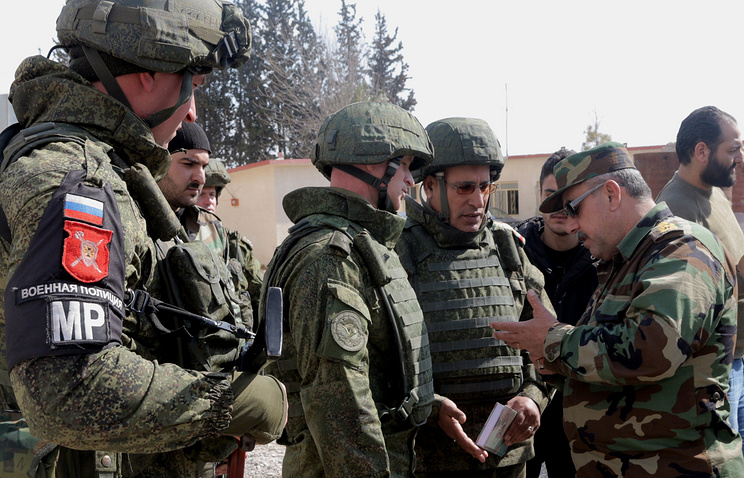 On Thursday told reporters the representative of the Russian Centre for reconciliation of the warring parties, major-General Vladimir Zolotukhin.

“The failure of humanitarian operations is the fault of illegal armed groups. The militants continued to ignore the cease of hostilities and is not allowed to leave the danger zone to the civilian population”, – he said.

According to him, the goal of terrorists is to use civilians as a human shield to “impunity to fire on government forces and residential quarters of Damascus.” With the onset of a humanitarian corridor has significantly increased the number of messages from residents of the Eastern ghouta to the hot line of the Russian Center for reconciliation of the warring parties about the plight. By entering limits on the sale of food and drugs, the militants deliberately created the deficit, said Zolotukhin.

“There are cases when locals refer to militants with requests to release them from the Eastern Guta for the money, but was refused. Members of illegal armed groups withdraw from the residents personal vehicles and use it to their advantage. Restrict the use of radios, TVs and cell phones,” said a Russian officer.

Among wishing to leave the area of civilians and threatening them militants clashes, with the result that there are victims on both sides, also said Zolotukhin. Militants distribute leaflets order local residents to remain in their homes under the threat of violence. “The reality of these threats is confirmed by yesterday’s shelling about 300 protesters local residents in the Duma (a small town in the Eastern suburbs of Damascus, one of the largest strongholds of the militants). For updated information during this spontaneous protest four people were killed,” – said Zolotukhin.

In the ensuing clashes, the crowd of protesters with rebels “desperate locals killed three bandits”, said the General.

He stressed that Syrian government troops repelled all militants ‘ attacks, which they took during the humanitarian pause. “Despite the fact that the situation in Eastern ghouta continues today from 9 a.m. (10:00 GMT) entered into force the third humanitarian pause. In the period from 10:10 to 11:30 (11:10-12:30 GMT), the militants of illegal armed groups tried to attack a humanitarian corridor El Vafidin from the East Haraszti, the Western margin of er-Rihani and the Northern margin of the ash-Safaniya. All attacks were successfully repulsed government troops,” he said.