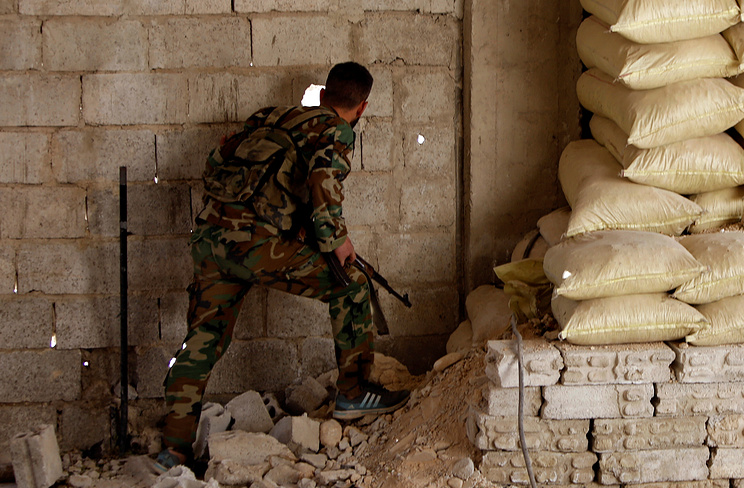 DAMASCUS, March 1. /TASS/. Syrian government troops repelled all militants ‘attacks, which they took during the “humanitarian pause” in Eastern ghouta, told journalists on Thursday the representative of the Russian Centre for reconciliation of the warring parties, major-General Vladimir Zolotukhin.

“Despite the fact that the situation in Eastern ghouta continues today from 9 a.m. (10:00 Moscow time – approx. TASS) has entered the third humanitarian pause. In the period from 10:10 to 11:30 (11:10-12:30 GMT – approx. TASS), the militants of illegal armed groups tried to attack a humanitarian corridor El Vafidin from the East Haraszti, the Western margin of er-Rihani and the Northern margin of the ash-Safaniya. All attacks were successfully repulsed government troops,” he said.

On Tuesday, Zolotukhin also reported about attacks trying to take advantage of the humanitarian pause militants. According to him, the day terrorists attacked the positions of government forces near the settlements Asrama and Naseby, and after 13:00 (14:00 Moscow time) went on the offensive in other areas.